Long time readers of this blog may know that I have always been wondering why we’ve seen bands like “Matata” (with the then awesome Steele Beauttah) coming to success in East Africa during the 1970s – closely followed by a vacuum in the 1980s and early 90s that was only dominated by a) Congolese Soukous (Franco & Co), b) local Gospel, c) local tribal music and d) international Pop music (Michael Jackson & Co.).

At first, I tried to explain this seemingly sudden disappearance with the political situation(s) back then, but I guess it’s just an international thing as the music also changed in many other parts of the world.

Anyhow, it is against this background that I am always filled with great joy when I stumble upon really cool modern music videos (yes, videos – the visual age of YouTube, our beloved pop archive) – created in Africa, showing the world that Nairobi, Lagos or Luanda aren’t that much different from the rest of the world.

FALASTE O QUE
shot in the area of Sambizanga in Luanda, Angola with MC Sacerdote and his artist crew

Muthoni “Mikono Kwenye Hewa”
(yup, a bit older, but reposted here because when her album went live on Bandcamp.com many month ago, I instantly bought it.)

…and then there’s (still) this:

(ati, the producer is some guy from Ujerumani? ;-)

Customer: Do you have Soul?
Rob: That all depends.

This private blog is online since six years now and during this time I have covered a lot of topics that touched me one way or the other. Love, music, politics, environment, computer….yes, I even wrote about cars the other day.

And yet there’s still one blog post that’s been idling in my drafts folder since early March 2008 and will probably never be published unless I just start writing about it:

I’ve never published it for various reasons. One certainly being that such a list will have to change over time, so to define such a list for good is almost impossible. It’s not like the above mentioned list of Top 10 cars which only includes classics. No, a list of most-loved music videos is a temporary love affair that becomes diluted by the constant penetration with new music videos.

I tried this the other day with a list of Top 10 favorite songs. I went through my music library, copied all relevant mp3 files in an empty folder, uploaded them, listened to my selection and realized I got it all wrong:

TOP10 lists suck. Why? Because in the end you’ll realize that a selection almost isn’t possible and that if anything at all, it will just define the moment or a certain period.

It’s not the list that matters, but the selection process while searching and deciding which songs are eligible for such a list. And in the end you’ll just compile it for your own satisfaction and desire to have a Top10 list somewhere out there – on the internet or burned to a CD in your shelf. 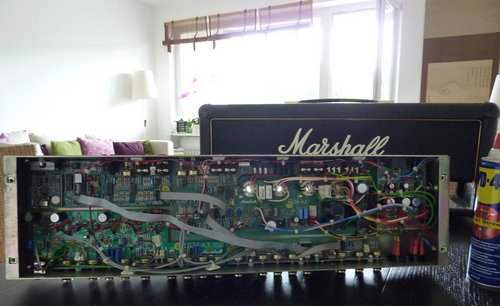 Hola a todo el mundo – “A movement between these two”

Found by chance via this wonderful (& new) music blog.

Music is my life, even though I dislike live concerts for various reasons (~ too many ppl, music out of tune, etc.).  Just a few years ago, I converted my entire collection of audio CDs into mp3 and kept them on an external hard disk – but about 2 years ago, I stopped downloading (legal) music because I figured that if I already *own* them, I’d also need to listen to them.  This is also why I’ve switched to online compilations / remixes. As a music lover, the rule of thumb shd  be: 1 album / month. Otherwise it’s too much information. Similar to eating too many sweets.

Unless of course we are talking about music from the continent, which is always welcome. I rejoice when I see the number of (really good) music blogs focussing on this very subject, and there’s nothing much I can add other than consuming various unearthed tracks with a huge appetite – and occasionally falling in love with a track. Like this one:

To my ears, this track and it’s flow is pure gold. Am waiting for the creative moment when someone turns this into a remix that emphasises the beat and singing by Thomas Mapfumo.

If it wasn’t for Twitter, Delicious and Facebook – where I am usually storing and sharing my bookmarks these days -I’d probably cough up a blog post.

For the moment, however, I’ll just post this lovely tune, name the sources (1 & 2) and also remind you of Kongotronic Vol.1, which I had blogged here almost 4 (!) years ago.

Or as one member of the orchestra says in this short clip: “When I am sick and I listen to the music, it gives me strength.”