END_OF_DOCUMENT_TOKEN_TO_BE_REPLACED

I recently upgraded my office laptop from a Dell Latitude E5450 to a Dell Latitude E5470 – two laptops which appear to be very similar from the outside and don’t differ so much. There are quite a few minor things though that made me go for the upgrade. And please be reminded that I always only buy second hand hardware, unless we’re talking about iPads or iPhones. Consequently, my “new” E5470 is a used laptop that I managed to buy via eBay after a longer search for a good deal and the right CPU.

END_OF_DOCUMENT_TOKEN_TO_BE_REPLACED

My Dell Latitude E6430 has a great performance, has enough room for an extra SSD, has never let me down during the last two years and came as a refurbished, 1yr-old laptop from a dealer in the UK. It also shares the same birthday (date) with me and is just a very, very solid workhorse. The keyboard is great, it has extra keys for volume control, the touchpad does support two-finger scrolls, it has a very durable frame and to clean the vent, I just need to remove 5 screws. Even it’s bulky size and waste of space (= 14″ laptop in the body of a 15″ machine) are okay in the end. I don’t care about that extra inch or the weight. I am a tall person and small laptops look stupid on me. END_OF_DOCUMENT_TOKEN_TO_BE_REPLACED

END_OF_DOCUMENT_TOKEN_TO_BE_REPLACED 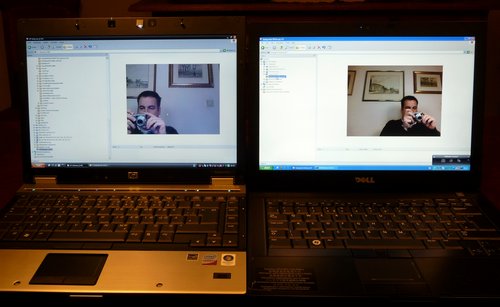