Long time readers of this blog may know that I have always been wondering why we’ve seen bands like “Matata” (with the then awesome Steele Beauttah) coming to success in East Africa during the 1970s – closely followed by a vacuum in the 1980s and early 90s that was only dominated by a) Congolese Soukous (Franco & Co), b) local Gospel, c) local tribal music and d) international Pop music (Michael Jackson & Co.).

At first, I tried to explain this seemingly sudden disappearance with the political situation(s) back then, but I guess it’s just an international thing as the music also changed in many other parts of the world.

Anyhow, it is against this background that I am always filled with great joy when I stumble upon really cool modern music videos (yes, videos – the visual age of YouTube, our beloved pop archive) – created in Africa, showing the world that Nairobi, Lagos or Luanda aren’t that much different from the rest of the world.

FALASTE O QUE
shot in the area of Sambizanga in Luanda, Angola with MC Sacerdote and his artist crew

Muthoni “Mikono Kwenye Hewa”
(yup, a bit older, but reposted here because when her album went live on Bandcamp.com many month ago, I instantly bought it.)

…and then there’s (still) this:

(ati, the producer is some guy from Ujerumani? ;-)

Hola a todo el mundo – “A movement between these two”

Found by chance via this wonderful (& new) music blog.

Everyone, pls have a nice weekend!

…it isn’t that much longer than 140 characters.

Ok, enough with that IT humour. What’s really funny is that I just saved a link to an interesting story to my delicious account and forwarded it to a friend of mine at the other side of the globe – only to realize that he had already saved the same story 11 minutes ago on his delicious account.

AOB: a) I wish there was some sort of an iTagger plug-in for the “eZ-Publish” CMS. ; b) all tags on flickr/ipernity images – are they stored in an external index file, or rather within the meta section of the image file itself? 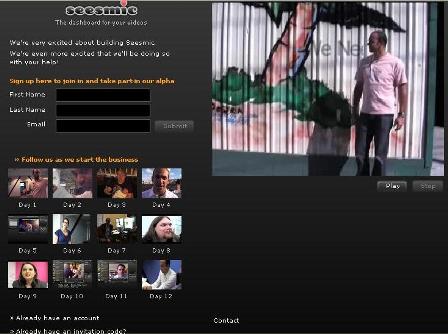