Lady Kikuyumbuzi has sent me this peculiar Safaricom ad (thx!!) which was published in the Daily Nation a few days ago…obviously, the man on the phone is actually tracking down some elephants. Sindiyo? 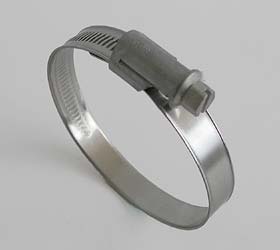 Aterere….I’ve just found a neat video plugin for Skype (!) that enables the use of a webcam in combination with Skype. Installation is quick (even on older machines) – the programme requires Skype to be online.

I bought my Logitech webcam way back in 1999 in a spontaneous mood and actually never used it. About three years ago, I gave it to A.-M. for use on her computer. While in FR, I found my old webcam in the pantry (..) and also a brand new Logitech webcam she got the other day among with her new DSL broadband inet connection. Hmm.
So I just hooked up my Sanyo XACTI to this (old) machine here and tested the plugin. And it works, maaaaan, you know?! You know this could be.. aah-lot more aah ahh complex.. I mean its not just.. I mean it might not just be such a simple ah.. aah.. you know?

I guess we’re in for some video chats. I’ve never done that so far and I think it’ll be about time to check it out. Skype me! :-)

I’ve just returned home an hour ago and opened up my snail mail. One of the envelopes contained the most stylish gadget I have ever received so far: 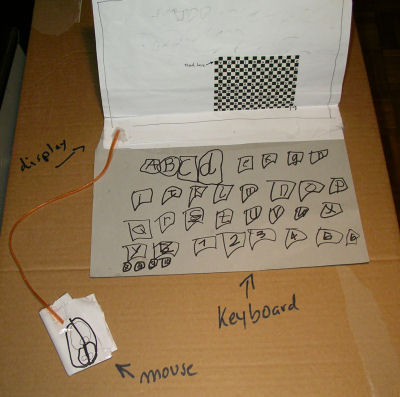 A notebook made out of paper.

I received this kewl device from Dada Mbuzi (also known as Kikuyumbuzi) – her sister made this very nice and eco-effective version of a notebook upon seeing Kikuyumbuzi working on her own Fujitsu-Siemens Amilo. Since she knows about my desire to get my hands on a new notebook (I sold my 400 MHz/128MB/4,3GB Acer from 1999 the other day), she consequently sent this to me.

A big ASANTE SANA to Kikuyumbuzi for providing me with this nini. I will start telling you more about it as soon as I find the power switch on it…

This picture shows the 12′ x 16′ cross gable with optional cedar siding and a gothic gable window. The Walker interior has a dining booth, full bath, four burner range, cast iron gas stove, a large bedroom with a desk and over 200 cubic feet of storage. >>

Ever wondered about the National Guard / Police in Lousiana and the on-going rescue operations?

I don’t know about the States (=> it is forbidden to listen to police/fire department/rescue/etc. radio communications (BOS) on 4m and 2m band over in Germany), but someone hooked up a radio scanner to the net some years ago and now we’re able to follow the radio communication of the National Guard over in Louisiana. As far as I hear it now, their communication seems to be quite disciplined.
Of course there are many more radio scanners online. I especially like those VHF ones for they usually cover local radio traffic. Nice!

…And the internet is one of the reasons why my interest in amateur radio/ham radio stopped way back in 1996 when I first got online. Next time I am in Kenya, I’ll take my HF/VHF/UHF radio scanner with me and look for a nice, high alltitude shamba in Limuru where I’ll put up my antennas :-)

An interesting story about a coder in Accra, Ghana:

<< Besides being compact, his programs also write frequently to disk, reducing the chances of losing data if power is lost, as it often is. Because Internet connectivity remains relatively expensive, his programs also work offline as much as possible. And to combat the rampant piracy, beta versions of software rarely leave Soft’s premises, finished products don’t have an autoinstall function (you need a Soft technician to launch them), and batches of bug fixes are often delivered individually to customers rather than generally released. (…)
Software vendors doing business in Africa constantly battle technological ignorance. (…) >>

This is SO true…not only on the African Continent…

<< Ghana’s* educational system is exceedingly theoretical and designed to train people to manage, say, a Mercedes dealership rather than to build a Mercedes," Chinery-Hesse says. "What we require is more practical education. >>

* = Ghana, Germany, … you name it, same problems everywhere. Imagine I had to learn FORTRAN for my studies in civil engineering. Why? Because it is a) simple, b) shows the structure behind coding and most importantly c) the prof only knows Fortran as a programming language. C++? Visual Basic? No chance!