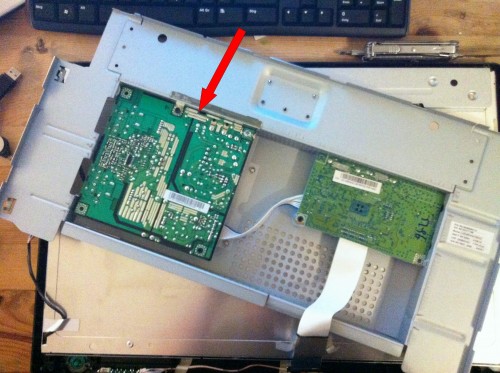 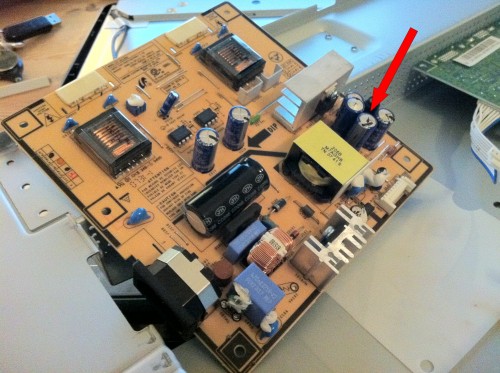 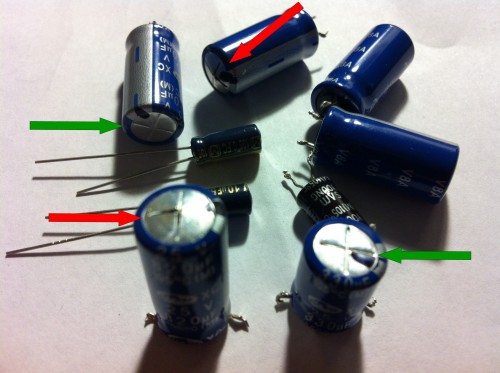 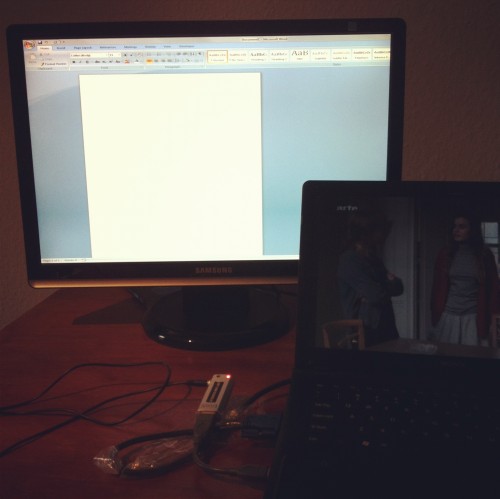 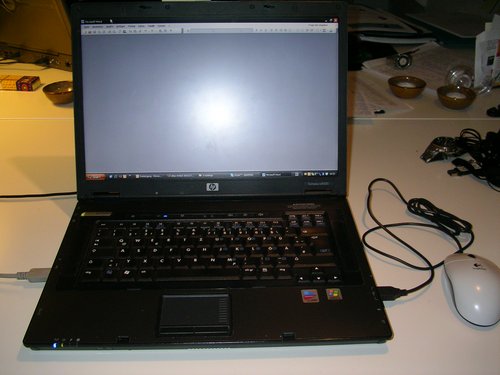 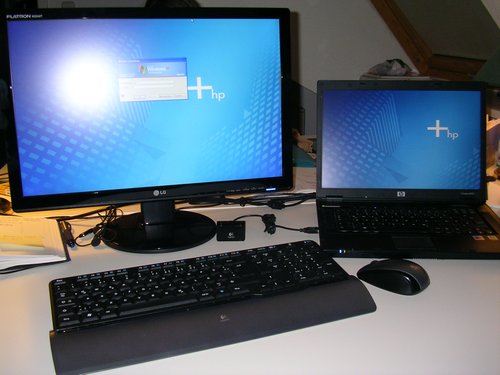 You know I actually didn’t want to go this far and attach another screen to my system as I was afraid it would compromise my freedom (~ uhuru! :-). But it is SO much better to work on a bigger screen – which btw also has a much more vibrant colour contrast and provides more reliable results when it comes to photo editing & co.

Saw this setup (notebook + ext monitor) in use somewhere else and realized that I should upgrade my own desktop. Besides, being able to move a browser window from one screen to the other is just very, very convenient. Yes, I know, I am a bit late at adopting such “new” technologies.

The 22″ LG Flatron W2242T-PF is one of the cheaper screens and even though it comes with both VGA and DVI-D ports (this is a requirement to me), it does of course only feature a cheaper TN display (which will never be as efficient for decent colour works as MVA/PVAs, for instance). The monitor stand also is a bit shaky – it’s just a piece of ligh plastic with no real balance for the 4,7kg screen (manufacturers obviously trying to cash-in on selling extra VESA wall & desktop stands). However, my funds do not provide enough room for a much better monitor, so I’ll stick to this one for now. Am a bit curious to know what kind of screen type those 13,3 MacBooks come with.

Oh, and if you happen to own one of those new LGs: just make sure you reduce screen brightness and remove blue colour to a value of 23 (23 …there you have it). I don’t know why LG came up with such stupid factory settings in the first place.

The keyboard is a Logitech Cordless Desktop S520, kind of new model but it also has a nasty software bug: Logitech’s SetPoint software doesn’t like the Synaptics touchpad drivers as found on a laptop like my HP nx8220. Which means that about 50% of all extra (programmable) keys do not work (until Logitech comes up with a working solution, that is).

Compared to many other wireless keyboard-mouse dekstop solutions, the keys have a relatively low drop and it almost feels as if you’re typing on a notebook. Nice! The laser mouse is average but still better than my older + cabled 9,- EUR optical Logitech mouse.

I also managed to buy a used docking station for the notebook, so unplugging the machine for mobile use is much easier + the docking bay also has a DVI-D port. This really is the setup for me: a business laptop + docking station, hooked up to an external screen and keyboard once I am at home (thus avoiding the difficult scenario of keeping two different computers at sync…unless of course I’d be using a Mac machine, but that’s another story).

As for having a native 1680×1050 screen resolution directly on the notebook: I tested this a few months ago with another display panel, but 1680×1050 at something above 128dpi is just too tiny for my old eyes.

p.s.: Logitech stole 5h of my life with their f******** “SetPoint” software that’s supposed to power the extra buttons on the keyboard. What the…..??! Also, considering that this software just has to power some extra buttons and the mouse, you’re probably wondering about the 50+ mb download that comes along with using SetPoint.? Logitech hardware is nice, but their software really pissed me off big times.

[update: Logitech support wrote in (at least!), telling me to deinstall the driver for Synaptics touchpad. WTF? Sorry guys, your driver software is either certified, or not. I won’t install any shitty SetPoint crap on my system until that issue is solved.]