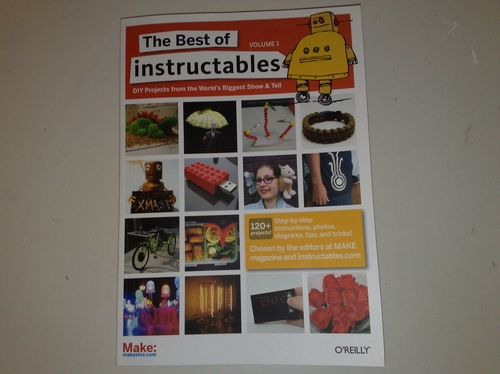 I’ve just returned home from London where I’d been attending AfricaGathering on Saturday 25 April 2009 which was held at Birkbeck College, University of London. A perfectly organised event (by Ed Scotcher & many helpful volunteers – thx!), the Gathering turned out to be quite a success, especially as it eventually provided me with the opportunity to meet some of my AfriMates in real life. 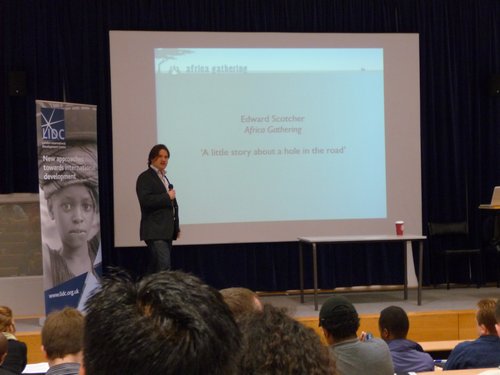 Kudos also go out to Karola Riegler who took lots of photos throughout the day and to @RedZola & @MatthewNcube who both helped me trying to get online as the University’s WiFi didn’t work out for me.

So instead of providing you with a summary of all talks (I also presented some slides on AfriGadget and couldn’t do any liveblogging), let me just forward you to the following blogs that already did an excellent job of blogging on the event:

There may be even more interesting posts on AfricaGathering. It also helps to do a Twitter and/or Flickr search on #africagathering to catch some additional links (Twitter Search is a gold mine for anyone interested in ppl and their opinions).

Ed also filmed the event and promised to upload some talks to Vimeo this coming week – so let’s stay tuned for an update. Filming such an event is really sustainable and helps those who couldn’t make it to London in time. Teddy of ProjectDiaspora.org was also supposed to attend the panel discussion, but stupid visa regulations killed this endeavour. 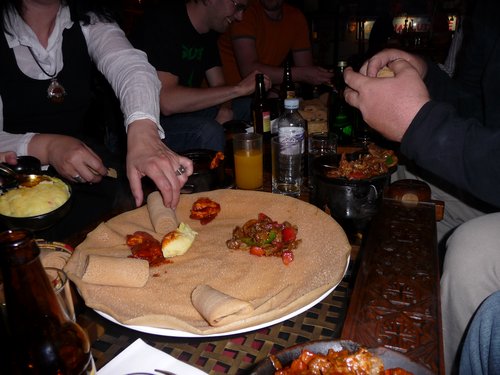 Some attendees already met on Friday evening for great Ethiopian food at Lalibela Ethiopian Restaurant – including David McQueen and Sokari Ekine. It was very nice to eventually say hello to Sokari, who I’d been spamming with links via delicious.com for the past few months. Eh, Sokari – we will be back to London in June!

There have been so many inspiring conversations and shared ideas during this AfricaGathering that it would seem to be unfair to pick out a few selected ones -so I will only add a few words to my own presentation. I also need to work on my presentation style as I am bit too nervous on stage, often speaking too fast or having too many details on my mind that I want to include and then miss out. It was a great opportunity though to present our work and I am also quite passionate about it. Oh, and pls ignore that extra slide on a Liverpool flag as seen in a pub in Garissa the other day – unless of course you are like Ken of Kiwanja.net, whose pic on mobile pay phones we’ve used on one of the slides. :-)

My presentation on AfriGadget on behalf of the whole AfriGadget team (remember, it’s a group blog and everyone is invited to contribute and share interesting AfriGadgets – even you!) wasn’t primarily focused at displaying interesting or funny AfriGadgets even though I introduced it by saying that “we are not here to help anyone, we only do this for fun”.

My message between the lines rather was that there’s still so much undiscovered potential on the continent that needs to be commercialised (I hope I got this message across?). AfriGadget is just the vehicle to showcase that there are innovative solutions that work on a local level.

There’s a new generation of young & skilled workers who grew up with mobile phones & an understanding of how technology works. Skilled IT workers who can already take over programming jobs and develope their own tools.

Of course, IT isn’t the only sector and there are other sectors that will benefit from a new perspective on development in Africa. I, for one, believe that the upcoming sea cable(s) – which will help providing better broadband internet access to many African countries – will also help in providing some incentives for the younger generation to stay in rural areas. The internet has changed the way we live and work – I am also working as a consultant from my home office. Consequently, this progress in the IT sector could hopefully also influence other sectors.

Ecological sanitation concepts, for example, currently work best in rural areas. And with an increasing urbanisation, things are only getting worse. As long as we (humans) do not come up with sustainable cities and (much) more urban agriculture (as a way to provide real livelihood for everyone), there will be a need to “upgrade” rural areas and create markets in such areas. Better internet connectivity and the provision of sustainable power supplies is a way forward as it helps ppl to go about their business.

Business, or the consumer orientation, is my 2nd point on the AG presentation. I think that commercialism has for a long time been undererstimated in the African context. We need to return to free markets and an understanding that people knew how to trade goods (and make a living out of it!) a long time before outsiders occupied SubSaharan Africa and introduced new cultural values. 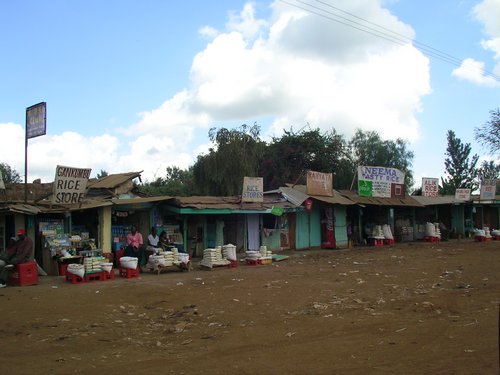 And by mentioning commerce, I am not talking about dealers in a small village who are ALL selling the same product (like the one pictured above where everyone sells rice), but instead a healthy trade of locally produced goods and services and much more diversity.

Someone from the audience asked if ppl would also be this inventive if they weren’t that poor and could afford to buy “better” products. It’s a tricky question because in reality it’s often not a question of being rich or poor, but rather the availability of affordable solutions. If you just can not buy enough welding machines that are required in the metal business and also won’t get a credit because you are not credit-worthy or because there’s no serious bank around, then you have to look for alternative solutions and make do with what is available. If the problem could be solved by being rich and just importing a welding machine from let’s say a Chinese manufacturer, the African economy wouldn’t benefit as much as when these machines are produced locally. As a consequence of that, ppl are instinctively doing the right thing by developing their own solutions and providing business opportunities for a local market. It’s a natural process that may not be that visible, or maybe even condemned by those who still believe that superior products have to come from the outside.

This btw also happened in Zimbabwe some time ago when local supply of sanitary towels was limited and women (not men) had to come up with their own solutions, e.g. using natural materials. Now, from a technical (process engineering) point of view, it’s much easier to treat natural (biodegradable) products than plastics – at least when it comes to the stuff ppl are flushing down their toilets. So these alternative sanitary towels may not be as convenient as those from the supermarket, but they are available and affordable. By the end of the day, products that work for customers will prevail. Everything else is just luxury and filed under “nice-to-have”.

Alasdair Munn also put it nicely on his blog:

“Technology solutions coming out of Africa are built with purpose, against objectives and within the boundaries of their resources. It is a solutions based approach. It is also a stripped down approach where only the relevant resources and tools are used. Simple works because less can go wrong and if it does go wrong, simple is easier to fix. There is a shift in the way tools and technologies are looked at.”

I believe that there’s no master plan for development in Africa, and even less a need for a well-meant guideline from the outside. There’s no one-way solution and this AfricaGathering certainly wasn’t meant to look for solutions “on how to help” etc. etc.. People in need know how to help themselves as most governments on this planet only exist to set a legal framework. We, the people, have to bring the change we want and so it was a valuable opportunity to team up with other like-minded folks during AfricaGathering who have understood that less help and more business may be an interesting alternative for a better way forward.

AOB: I spent less than 48h in London and met enough people to whom I was introduced as “Kikuyumoja”. It still amazes me that ppl know about this blog.

Who needs electricity btw if there’s someone like Theo Jansen? 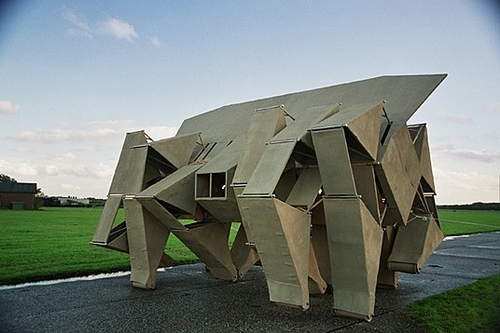 It is so amazing!

Now where are these guys like Mubarak Muhammad Abdullahi or William Kamkwamba to take over? Oh, and check out this Phun version on YouTube.

Next: a wind-powered commuter train supplying Nairobi’s CDB with Githurai?
No, seriously, someone needs to turn these mechanisms into an Afrigadget asap!