I recently got into refurbishing die-cast toy cars, just for the fun of it and because I have a passion for these older toys. 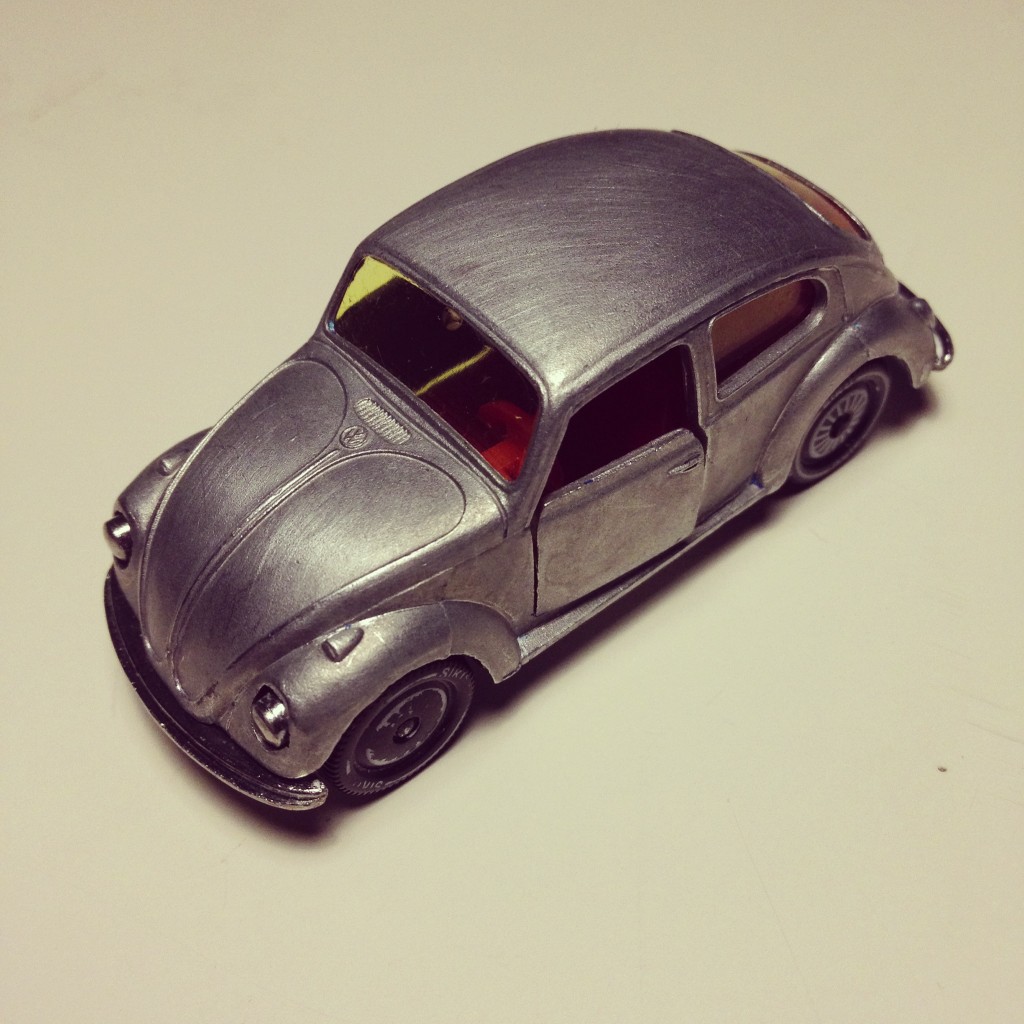 There’s a German manufacturer of these toys by the name of SIKU who used to make brilliant toy cars in the 1960s and 1970s at the 1:50 to 1:55 scale (among others). I guess that almost every kid in Germany used to play with these cars during this period. What makes these Siku cars different from the competition is that they come with richer details and also doors that would open – something you would also find with Matchbox (UK), Majorette (FR) or Corgi (UK) toy cars, but not to that extent. Other reasons for the success of Siku cars may be that they were the predominant manufacturer on the German market back then, or that Siku cars were often given to children on longer Lufthansa flights. Ah well, the good old times when luxury was still an act of generosity.

Siku cars have meanwhile become collector items. There’s a publication – a thick book – that lists every single car (ever produced, until 2006) and provides an estimate on the collector’s value of these cars. The good part is that I stopped collecting stuff some years ago and as such I am glad not to spend more money or other resources on such a hobby. If there is anything I would collect, though, it would probably be these cars. And going by my smaller collection alone, I think I already am some sort of collector albeit the denial (I still have a box full of Siku cars at my mum’s place and used to be much more into this 10 years ago). So owning vs. using something – even music: I don’t want to physically own it on CD, but instead just want to listen to it. Owning stuff is a responsibility, so the process of collecting things as a hobby should not be exaggerated or limited to books only (which are hard to sell anyways). 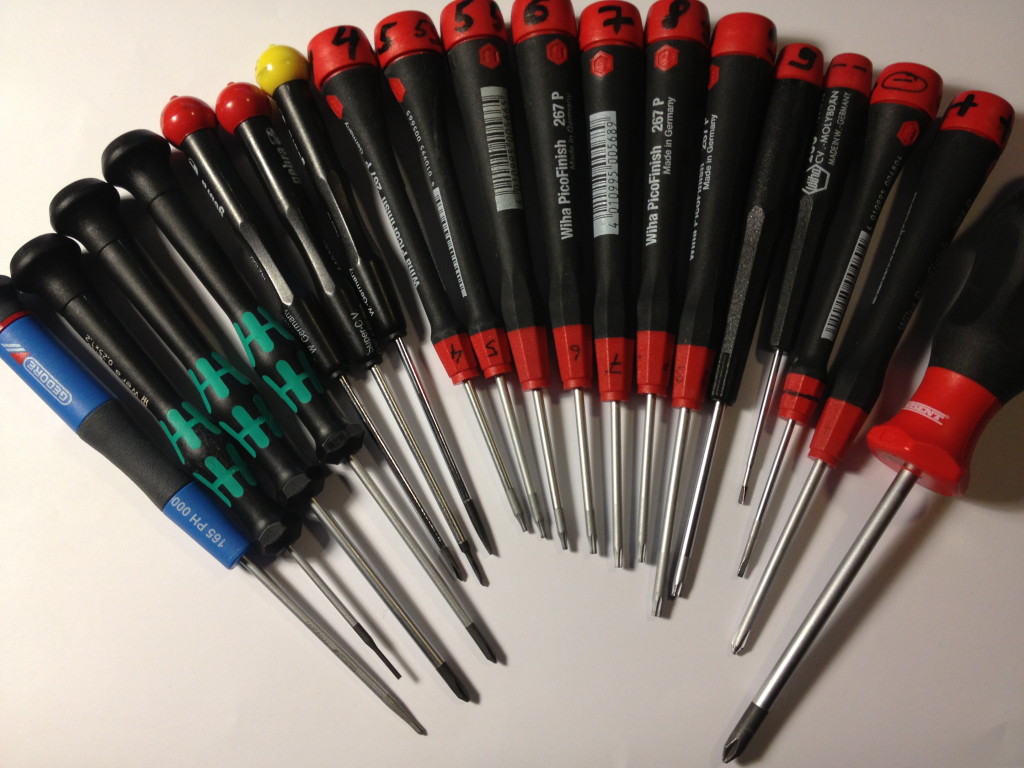 Quality screwdrivers -the black ones with the green grip (by Wera) are the best, imo.

I’ve only recently come to appreciate buying better tools. Enough of all those cheap Chinese tools – mainly screwdrivers – back to quality products that are also made out of better materials (I used to work for a French oil company some years ago and I know how we used to sell them lower quality grades of Polyethylene & Polypropylene). There IS a difference between products that were made for profit only, and those that would be made to last a few years. And yes, quality has its price, but it takes a few failed projects or torn screws to realize that life is too short for bad tools. Tool time, b*tch! 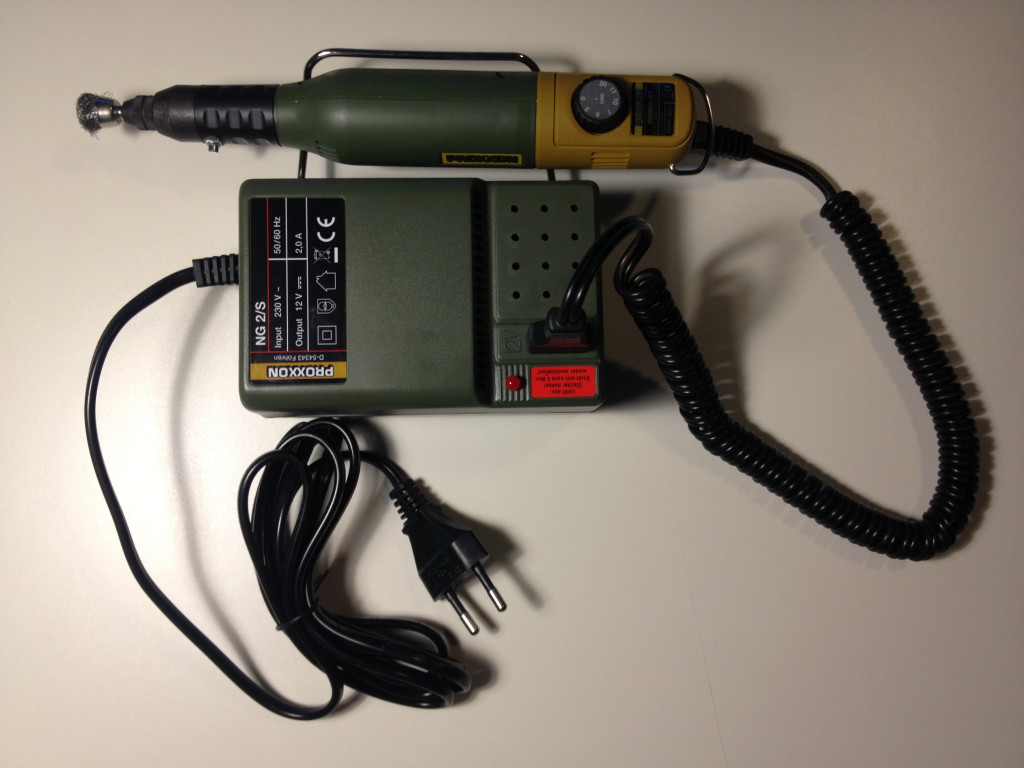 This Proxxon Micromot 50/E, for instance. I used to have a cheap, really cheap mini drill that would only rotate at maximum speed and was of such a low quality that it would a) be very loud and b) unbalanced that you could also only hold it tight in your hands for a few seconds only. So I invested some money into this Proxxon gadget and boy, the moment I turned the Proxxon one, my life changed. Seriously. This mini drill is just pure gold. I ran it for three hours straight, working on this and that, just because it works so well. If you are still undecided on what to get for Xmas, this is it. Also, I prefer it to Dremel drills. Good tools are a very sexy luxury that I really appreciate.

Coming back to Siku cars, there’s this one range of cars produced during 1963 and 1974, the V-Series. It includes 146 different cars and trucks – check out this wonderful site on all cars from the V-series. The V-series is what I like, they are the older cars when the world was still very Mad-Men-esque. It also was the time when Siku produced the Siku V253 – a Mercedes-Benz 600 Pullmann: 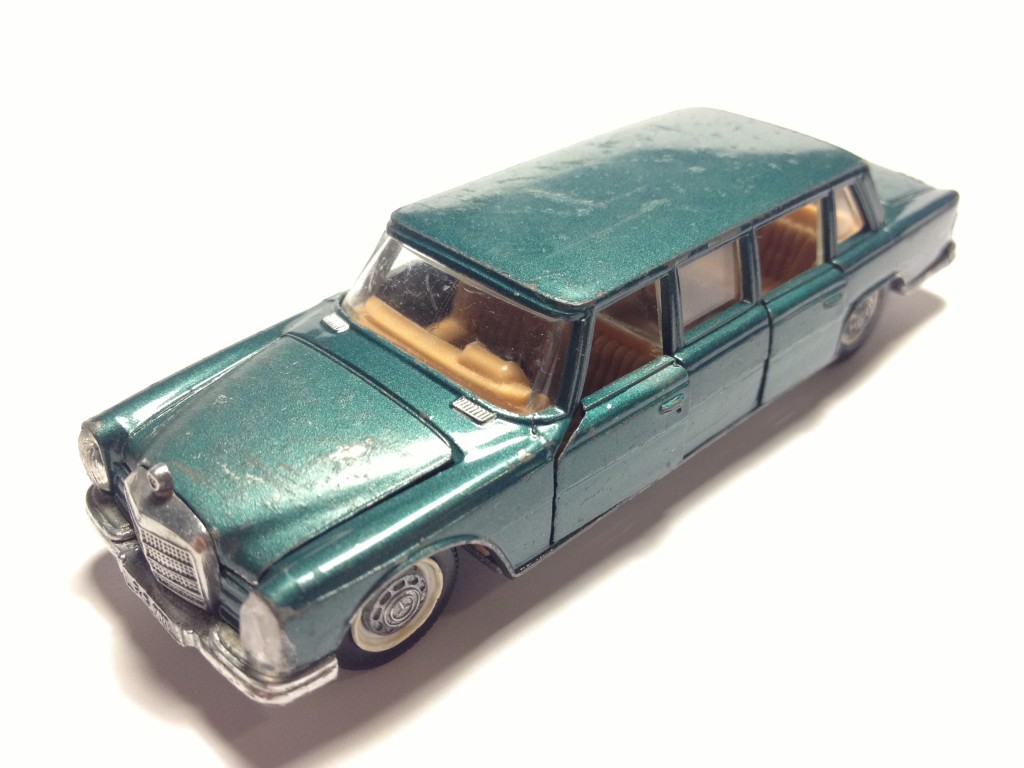 Siku V253 Mercedes-Benz 600 Pullmann (the rim covers are removable – how sweet is that?!)

It’s not my first limousine – long time readers may remember this blog post ex April 2006, where I talked about a Matchbox limo that I took to Rocky driving school. Crazy stuff. And very impractical for kids. But great as a collector’s item (there are photos of this on a closed forum where someone collected these Siku V253 ONLY and had about 100 pieces of them – all sold for 550 EUR in one go to another collector).

Now, collectors probably don’t alter anything and would also only sell it once they have a better version of a model. Preferably also with the original packaging. The other day on eBay – just a week ago – I saw such a paper box (empty paperbox container!) for sale at above 70 EUR. With 20+ bids on it. So if you still own the original boxes, better keep them. What a crazy world. This is also why I stopped collecting stuff. But collectors are a crazy bunch anyways, where the light at the end of the tunnel probably just represents another flea market or cheap offer somewhere online. Yes, I keep on bitchin’ on collectors because I should probably spend my free time learning Python or Ruby or something. And would I still be able to do such things with kids around (Dave? Steve?)?

But I digress. The initial motivation for this blog post was a hack I came up with today after realizing a need for a turntable-alike platform. Something that would enable me to paint my toy cars without touching them. So I quickly remembered the HDD step motors that have been idling here since some time ago. Add a stupid CD and you are ready to rock ‘n’ roll: 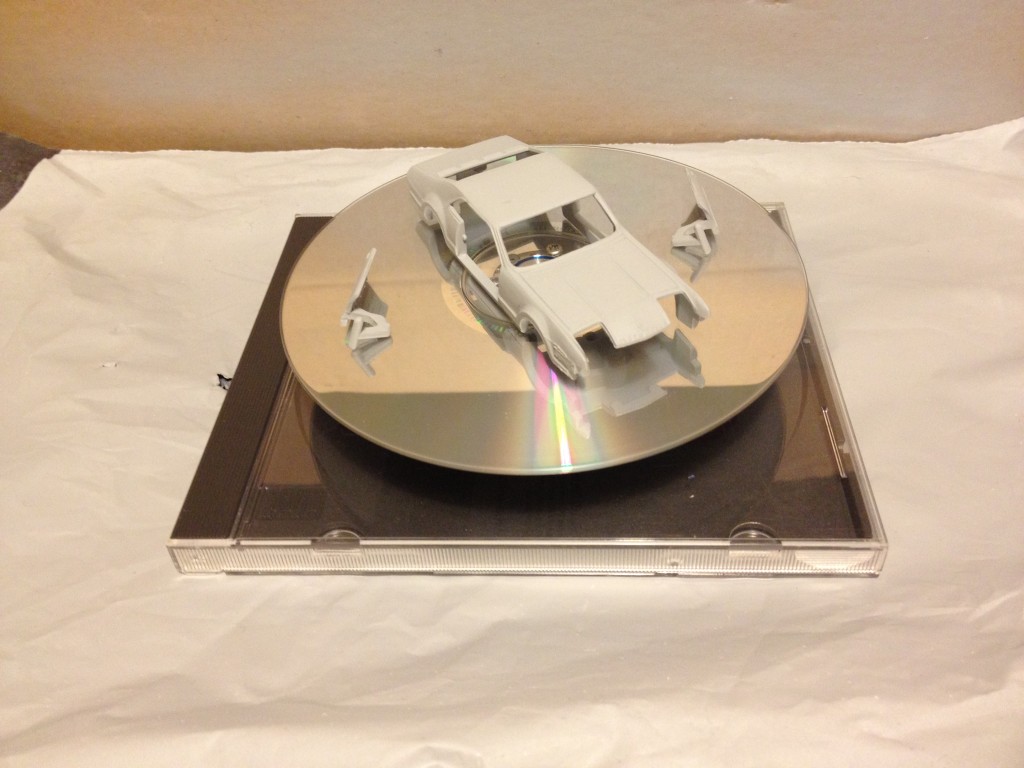 A Siku V267 Oldsmobile Toronado that is waiting for its final colour and just moments before I also spray painted the other side. 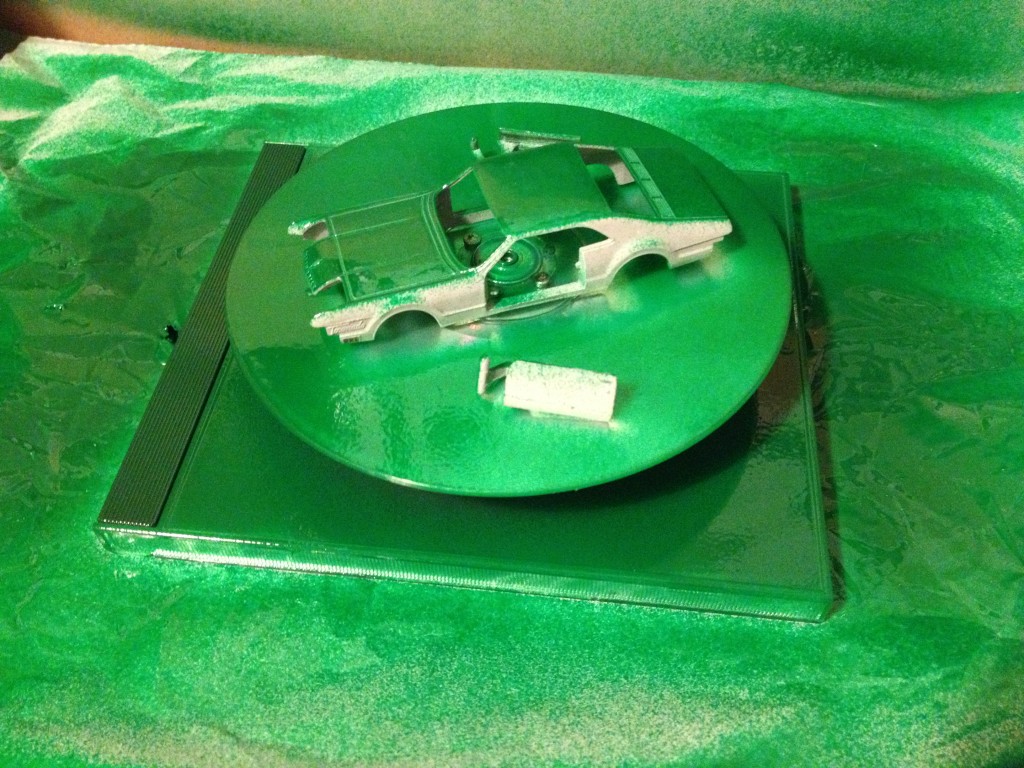 The CD-platform – it’s cheap, it works, it wins!

As a final note, and I may have mentioned it before: these tweezers are the best tools I’ve ever bought. They are cheap (from China, btw!) and just do the job. Whether I am fixing parts on a smartphone, scratching paint from a toy car or glueing something back in place – the tweezers just work extremely well. 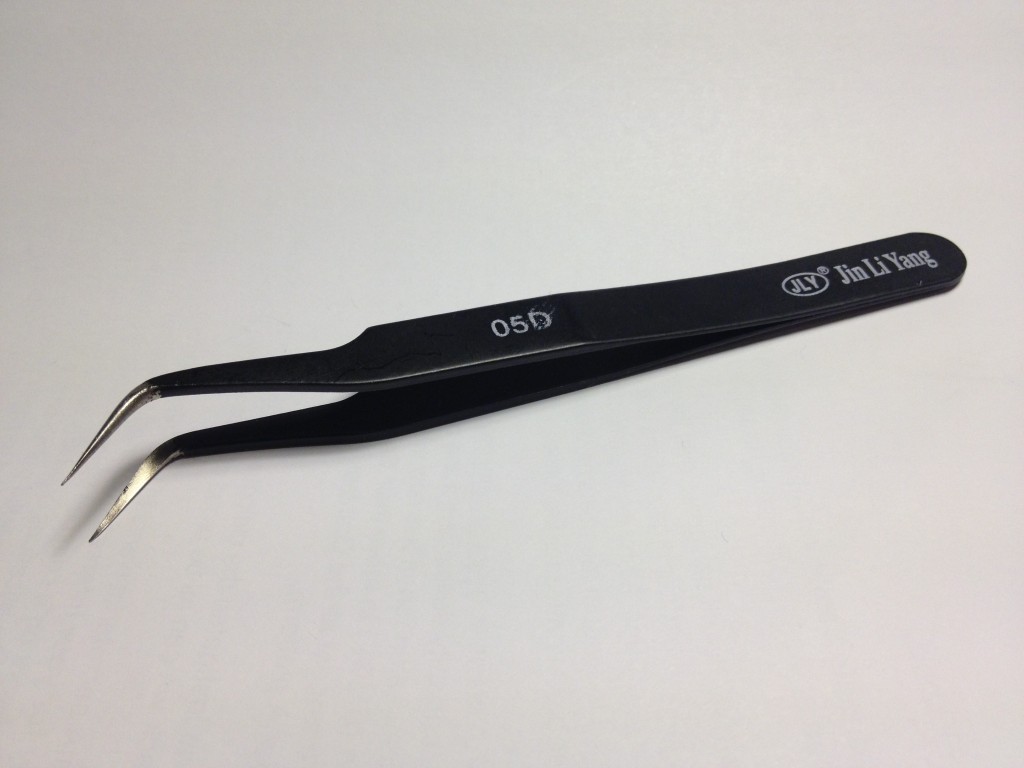 And that, ladies and gentlemen, is what I do when I am not trying to save the world.

Have a blessed festive season! 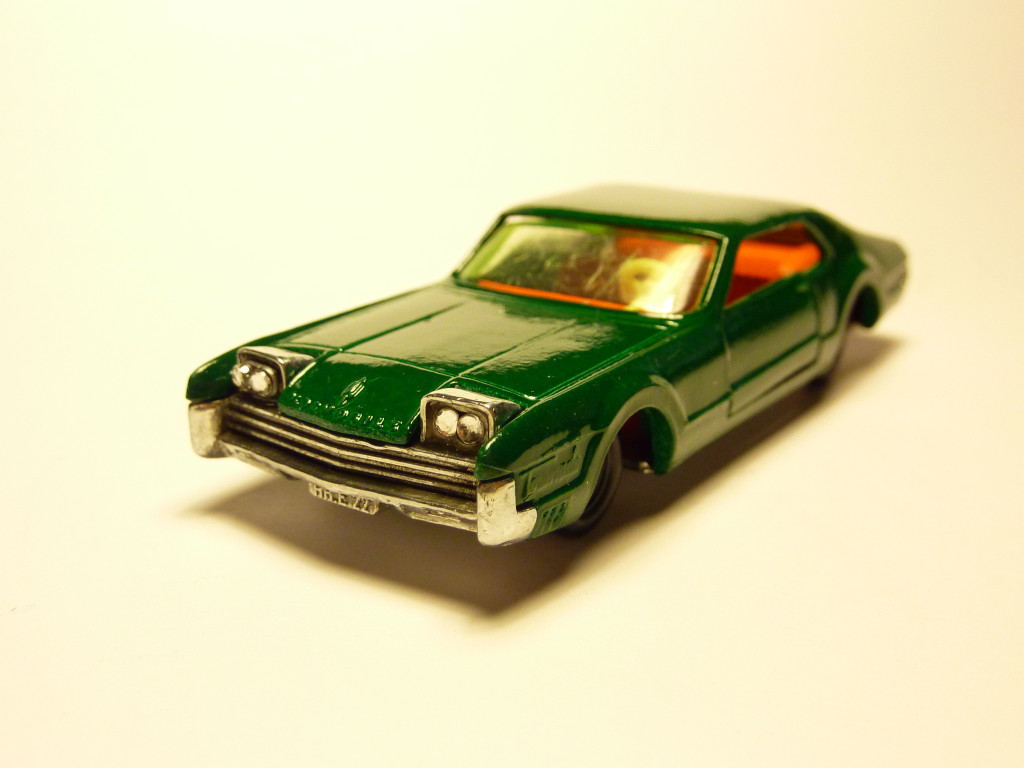 One thought on “Tools & Toys”