The following blog post may be filed under “things I do when I am supposed to do other, much more important stuff instead”, but I just need to write it down and share it here.

I am in the process of buying a new mobile phone, and my switch to the iPhone Classic some month ago made me realize that – in the end – I am no real software hacker (hardware, yes) and prefer a system that’s reliable and just does the job. 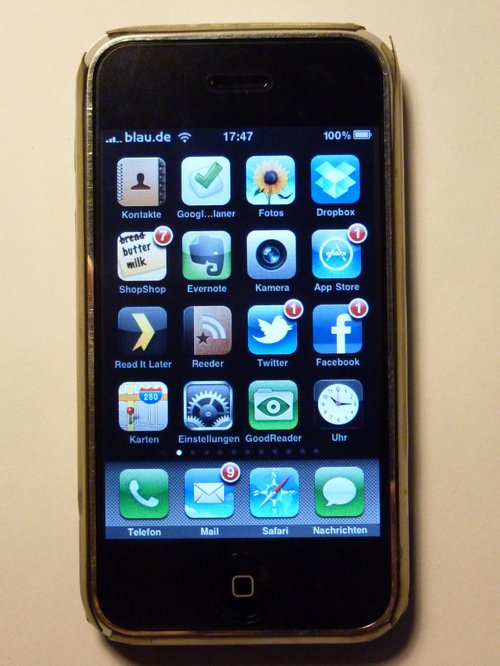 Meaning, the limited options on an iPhone Classic with a jailbroken iOS 3.1.2 aren’t necessarily negative, because you end up using only a few apps of the 140+ apps I’ve meanwhile installed on the system and also adjust to the user interface. I think we are human enough to accept user interface design flaws as long as we’re getting things done.

From my experience with Symbian and iOS so far, I can tell that iOS is kick ass and only has a few things that I would probably like to change (on 3.1.2, but also 4.x). There’s a plethora of apps available for iOS, there are many good apps also ONLY available for iOS (like the app provided by my bank) and everything is just very straight forward. There’s no doubt that Apple’s / Steve Job’s ZEN approach and the things they DON’T do or offer on their devices isn’t wrong, but instead one of the main reasons for their success – even in Japan, where analysts feared that the somewhat limited iPhones wouldn’t succeed (as stated in this brilliant article).

This week I went to a local Twitter meetup and realized that almost everyone was using an iPhone. Except for two coders who were on Android devices.

the back side of my iPhone Classic – with the partly worn out & yellowish Full Body Film (that covers the gaps on the aluminium back).
QR Code = my address for business contacts

Android and iOS. Let me be clear on this: I judge phones on their reliability and what I can do with them. I said it before, Nokia does not interest me anymore despite their awesome (really awesome and unbeaten) hardware. The camera on my Nokia N95 from 2007 is still very good when compared to current devices. And this although it only has an LED flash!

Hence it’s only iOS or Android to me these days. Likewise, any change of mobile phone operating systems has to be well planned. Seach the now (eventually also via web accessible!) Android app store online and see which app relates to the one you like best on your iPhone. Also, sometimes there’s no extra app necessary on Android as the functionality is also included on the default operating system. I am a bit afraid of software hacking any future phone, but going through the various forums/fora online I realize that a lot of ppl manage to hack their Android devices, so I should also manage to hack it to some extend. 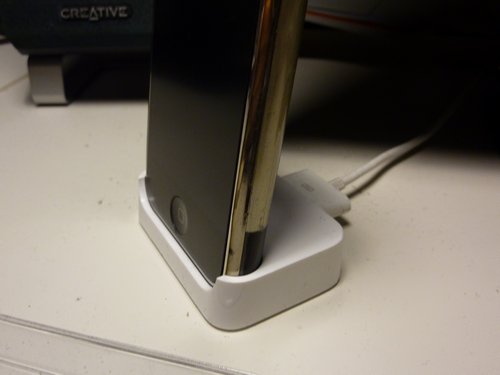 What you see in the snapshot above is the very nice, small & slim docking station for my iPhone Classic. I have two of them – one on my desk and one on my bed table. This is VERY convenient and also necessary, because they battery on this phone isn’t original and only lasts 8-10 hours maximum. I am using Kirikae multitasking switches and SBStoggles on the iPhone to kill unnecessary apps and free available RAM, there are no constant data connections and I mainly use it for Twitter/FB/Reader & as a phone. The battery and the display are both not original and thus a bit peculiar on energy consumption. Missing 3G speed, a lousy camera, battery life and limitations of iOS 3.1.2 now made me consider an upgrade to:

Now, given that I can get the same things done with a cheaper Android device like the Motorola DEFY, why should I upgrade to an Apple iPhone 4? From a “let’s-be-real” perspective, the DEFY will just do as well. Most of the apps I am using will also be available via Android Market, and since I’ve also already jailbroken my iOS device, I will probably be able to hack an Android device, right?

Interestingly, one of the main reasons why I still haven’t bought the DEFY is the lack of a docking station. The DEFY also has its connector on the left side, so you’ll either have to modify a Motorola Milestone docking station (with a magnet, so that the display flips 90° to the side) or build your own, but in any case I will always have to remove the plastic/rubber flap that covers the USB port on the DEFY. Do I really want that? And will they be dureable enough?

Another alternative would probably also be an HTC DESIRE on Android 2.2 because it has its docking port at the bottom. This, the availability of many custom firmwares and the camera on the HTC DESIRE are reasons why I would go for an HTC DESIRE. But for the moment, also because of it’s rugged character – the Motorola DEFY is rated as IP67 – the DEFY looks like a current Android device with a very good value for money. The still missing & rather complicated docking station issue and the only average camera (I take a lot of photos for use on my Posterous blog) – sijui… will still have to make up my mind on this.

The recent launch of the Huawei IDEOS U8150 in Kenya triggered my interest in low-cost Android devices. A friend, who is currently programming a scientific app for Android devices, also recently recommended the DEFY (given my budget) as he’s currently using one himself. I had the chance of playing with the DEFY for a few minutes and liked what I saw. Of course, it’s not an iPhone 4, but it costs only half as much and makes me getting things done.

So here’s the question: wait for the iPhone5, buy an Android device like the DEFY or DESIRE, invest into an iPhone 4 or stick with the old one because there’s never “the right time” for buying Android devices?

(pls note that I didn’t even mention the convenient microSD card memory on these Android devices & the lack of iTunes, which is a nightmare on Windows & also reason for the change to Android)