I’ve just completed building my first magnetic loop – a special antenna that’s supposed to catch some short wave signals in this LAN-infested electric smog environment. Popular with a lot of SWLs and radio hams since many many years, so with my powerline network plug and no space for a proper antenna on the roof, the magnetic loop is my only option. 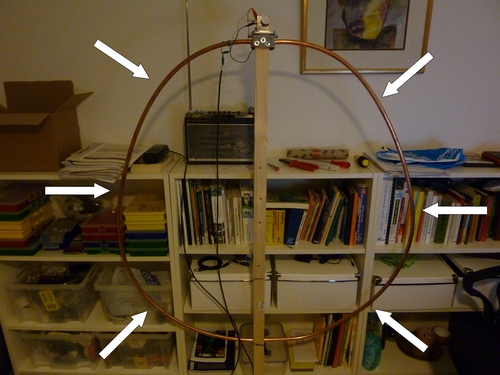 The antenna is so jua kali, built from used parts – far away from an optimal setup, but I was longing for a quick win and an answer to the question if this is doable without much further ado. 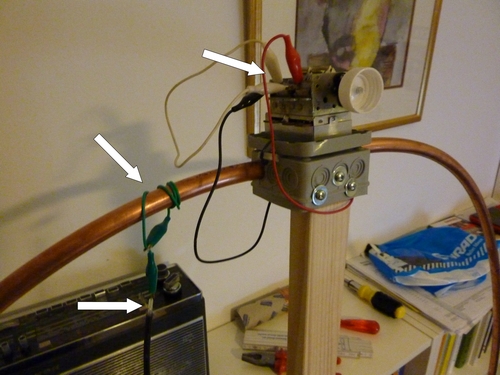 The feed / cable to my receiver should actually be 1/5 of the diameter of the big loop and placed somewhere near the loop, but I ended up using these alligator clips which do the job for the moment. Obviously, lots of room for some improvements – starting by the shape of the loop. The alligator clips also helped in avoiding soldered cables which would probably attenuate the signal(s) even further. The knob I am using on the rotary capacitor is a bottle cap. It’s cheap, it works, it wins!

This setup is so primitive – but I am pleasantly surprised that it really works, hence the need to blog about it. Uhmm… building antennas is like a virus – once you’re infected, you won’t stop.