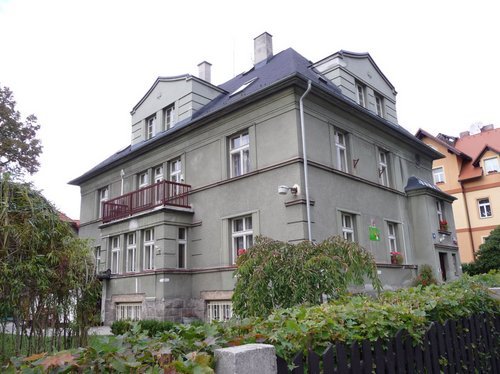 64 years, 2 months and 19 days after my father’s family was evicted from the ground floor of this building in Liberec, Czech Republic under a Russian influence, I took a chance and paid a visit to the house, the city and the (beautiful) surroundings. It now accommodates a Kindergarten and still has the same green colour it obtained when it was built in 1938.

My aunt informed me the other day that my grandfather had plans of buying this house, but later on dismissed them as he got transfered to another place & the war came in-between, but still – isn’t it interesting to know where your ancestors lived before and what they did for a living?

The irony and my reason for blogging this is: you can travel the world and fall in love with many places, but in the end you become engaged to someone whose family actually hails from the same small town that your family is from. Both their houses where just 400m away.

64 years, 2 months and 19 days later on, it’s just an ironic little detail that deserves a blogpost, I think.