I usually disassemble all of my new toys once they arrive on my table. 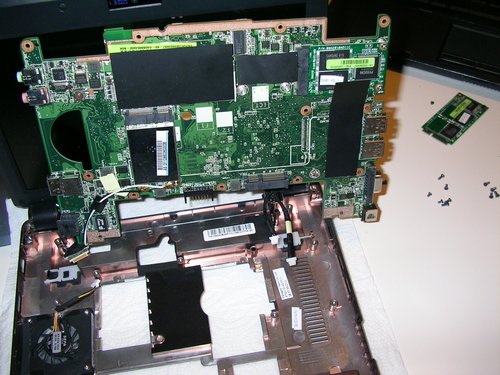 I obviously had to do the same with this lovely little netbook – an Asus eeePC 901 – which I had managed to secure (2nd hand) for a relatively low price via eBay (!) last week and which arrived today.

So….yes, I eventually did it and decided to go for such a tiny 8,9″ netbook. The initial idea was to have a (smaller) 12,1″ notebook for everyday use which would substitute my 15,4″ notebook in the long run. There are in fact quite a few older HP business laptops @ 12,1″ on sale – albeit with a 1024×768 resolution, and if you want to go for a wide-screen 12,1″ @ 1280×800 notebook instead, you’ll really have to cough up more than I am currently able to spend on a new computer + it would be too much “competition” to my existing 15,4″ machine. The other idea was to go for a 10,2″ Samsung NC10 netbook that comes with a much better keyboard than most eeePCs.

Also, since I am still to find THE most perfect syncing solution which keeps all my files on all computers in sync, I realized that all I need for “on the road” is a small, light-weight machine that does basic stuff and actually doesn’t allow me to store too much data on it (as to avoid double files – I like to maintain some discipline on my data). 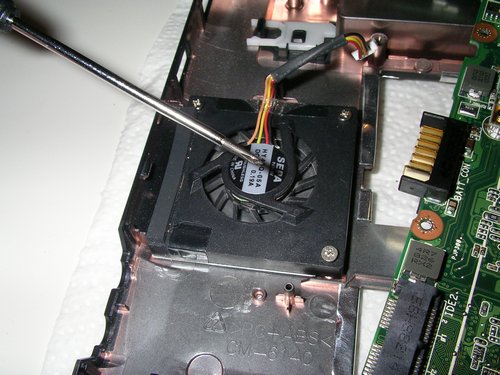 I disassembled it in order to clean it – the previous owner apparently has a cat – and to fix a few small issues like a faulty key on the keyboard (which is why it was a bit cheaper :-).

Next thing I’ll do is print out my Gadgetimoja logo or even one of those new AfriGadget stickers and “pimp” the cover accordingly. And I’ll also look for an upgrade to the RAM module – 2GB should be much better – and install another OS…

@Ministry-of-Finance: That’s 2kg less to carry! Besides, a man has his needs… :-) 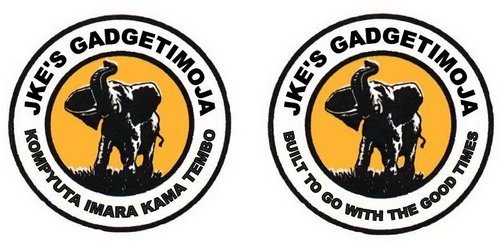 Had to decide between these two versions, so I twitpiced it and came to the conclusion to use the “Kompyuta imara kama tembo” version.

Grafix designers pls beware that my DTP tool here is rather old fashioned, hence it’s not 100% in line. But than – pretty much Kenyan, if I may say so.

Which resulted in the following netbook vanity: 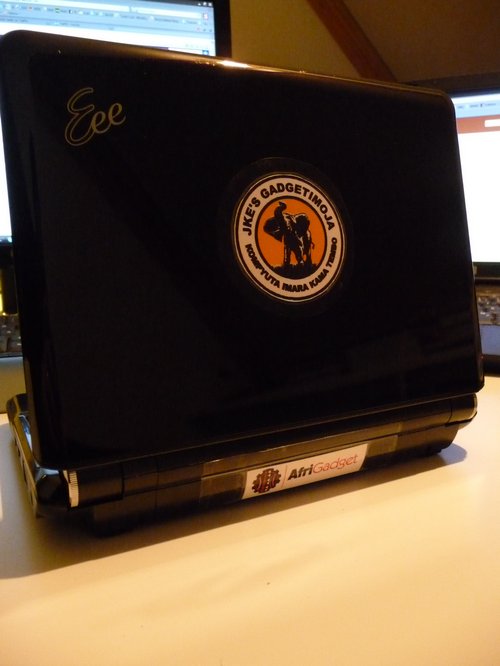 And yes, I know that this is just a beautiful waste of time when you’re actually busy and supposed to do other (more important) work. Sigh.