IF you knew what most digital cameras back in 1999 looked like – and how much they would cost back then – you’ll quickly understand that it’s rather astonishing to have these digital images from my beloved TexasInstruments AVIGO10 PDA I’ve just unearthed from a sub-sub-sub-directory on my harddisk. 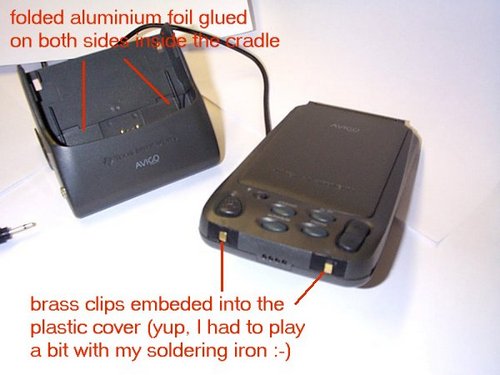 It’s a rather childish mod/hack that I had done on this outdated PDA way back in 1999 and of which I was reminded just a few minutes ago while googling for a link to this weekend’s AfrikaCamp in Vienna.

Mzeecedric of m.zung.us and I will attend this event and I’ll also try to cover it on my blog if everything works out as planned. I am not expecting too much though, just an open meeting and exchange with interested and active folks in Europe (or let’s say Austria and Germany) who also have some sort of Mal d’Afrique on their agenda or anything else related to this matter.

Coming back to the mod: while googling for the link, I stumbled upon Robert Lender’s website – a fellow blogger who had contacted me way back in 1999 on this hack and had integrated it on his page dedicated to this PDA. I guess I may even have his e-mail somewhere. Ok, now that’s 10 years ago, and if you ask yourself what you did in 1999, you’ll probably say that you’d been online via CompuServe or AOL and probably also hosted your site on Ethan Zuckerman’s Tripod site. Yup. 1999. Long time ago.

This post is dedicated to Robert and it will be especially interesting to see a face behind this contact whose name has been around for such a long time.

The original page on http://kikuyumoja.de/avigo has been offline for quite some time now, but I just copied everything into a PDF. 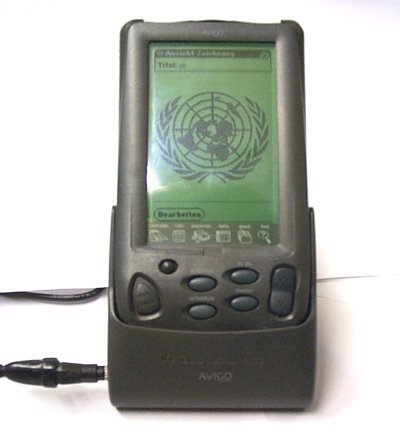 I btw still have this PDA at home. Compared to my friends who owned stupid Palm PDAs, the Avigo10 was a bit cheaper and not as popular as a Palm Pilot PDA, hence less software being available for this product. It also lacked the marketing backup from TI who quickly dropped this product from their product line for unknown reasons. Kinda sad, especially since this PDA came with a serial connector and could be hooked up to a modem which turned it into a great telnet device among other cool hacks.

Actually, it’s kinda worrying to see that even now in 2009, most mobile devices still lack such basic services (telnet, ssh, etc.) and charge you extra for a comfort we already had in 1999. As for the issue of power consumption, I think that we’ll also need to have a revolution on the energy side: something where we will not only see more efficient and energy-saving devices with smaller CPUs, but instead also devices that generate the energy the moment you need it and thus reduce our needs for stronger batteries.