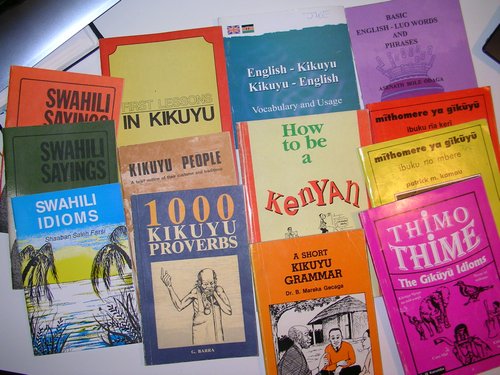 As twittered earlier, these books shall enhance my chances for a seat at the Kenyan parliament (no work, taxfree income, free car) – or at least raise my mzungu status within the Kenyan blogosphere.

Now, would you please excuse me, I’ve got to teach some Kiuk to other Exilkenianer who were forced to leave home in 1982….

(I am really excited that I eventually managed to bring some of my books to Frankfurt – all in all 4 huge bags full of books, language material and other goodies I can’t enjoy online or via my computer. nice!).