As a con­se­quence of this, my blog now loo­ks like this: 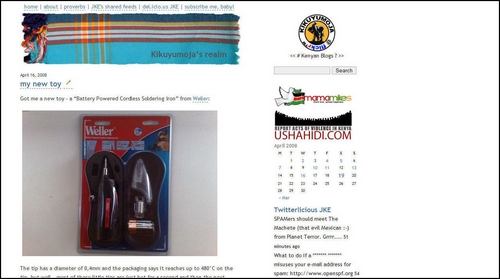 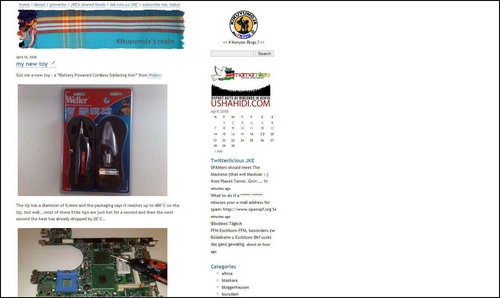 I’ve added a black 2px frame to the screen­shots so high­light the actu­al dif­fe­rence in sizes. I am still unde­ci­ded if this was a good move — am cur­r­ent­ly working with a 120dpi font ins­tead of the usu­al 96dpi under WinXP — but then: it gives me the free­dom to actual­ly just res­ca­le the screen to a much lower reso­lu­ti­on whenever needed.
Unfor­tu­n­a­te­ly, each TFT screen only works best at a cer­tain screen reso­lu­ti­on, so this one being the 1680x1050px one, I will have to lea­ve it at this high reso­lu­ti­on for a serious “screen impres­si­on”. 1280x800px have been fine with me though, and I think it makes more sen­se to add ano­t­her, 2nd screen (via a docking sta­ti­on) to move mes­sen­gers & uti­li­ties to the side.
The upgrade came in han­dy as I had the oppor­tu­ni­ty to strip down a used & bro­ken machi­ne and use all the good parts on my own machi­ne (espe­cial­ly an almost new key­board, which is awesome).