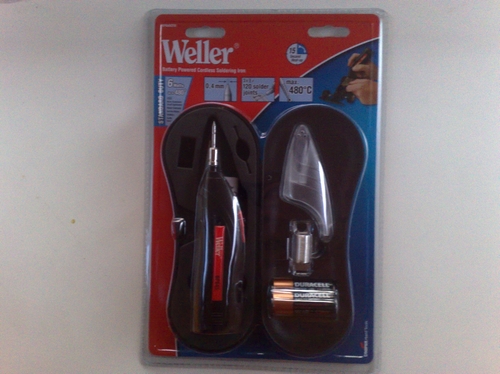 The tip has a dia­me­ter of 0,4mm and the pack­a­ging says it reaches up to 480°C on the tip, but well.…most of the­se litt­le tips are just hot for a second and then the next second the heat has alrea­dy drop­ped by 20°C… 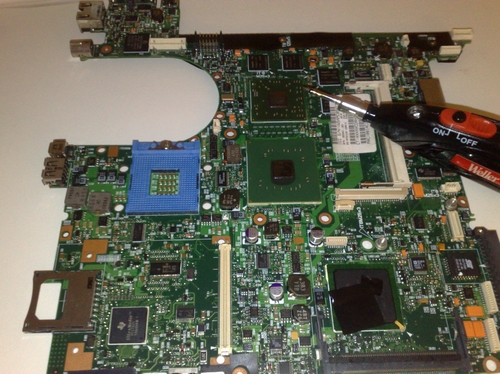 The three AA-bat­te­ries insi­de the Cord­less Sol­de­ring Iron won’t last for ages, but this litt­le gad­get sure hel­ps to fix a few dots on the board and also it was­n’t that expen­si­ve so I’m not real­ly as disap­poin­ted as I was afraid to be.