She’s never been the most perfect one – but I loved her nevertheless and took good care of her. Four and half years later and this special relationship is slowly coming to an end…

Ladies and Gentlemen – may I introduce you to my secret love-affair: Miss Tembo. 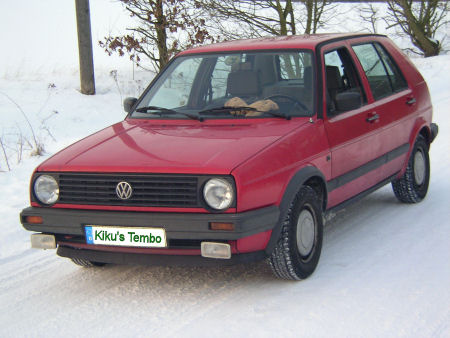 I remember the day way back in February 2001 when I first saw you under the dictatorship of a very strange woman who had tortured you for something like 12 years. Driving 60 km/h (~ 37mph) on the 2nd gear, hitting walls and sign-posts quite often and never (NEVER!) ever looking underneath the bonnet. Moreover, that woman (a retired flight attendant in her mid-50s) was chain-smoking and turned you into a moving ashtray – however, still wise enough to apply seat covers and some really weird sheep skins you’d normally find in dukas on Limuru Road.

I saved you from that misery, cleaned you from inside out and outside in and repaired A LOT of normal things like new shocks, clutch, tyres, air filters, sparks, gaskets, bearings, brakes…..uhhh….you remember this nasty heat exchanger right under the dashboard that failed earlier this year on Whit Sunday? Yes, and please don’t forget the body works I’ve been doing on your rear end last year during the summer. Those turkish guys in that DIY-garage already tried to persuade me into buying another car from them because – actually – all the time and money I invested weren’t really justified. My dear, you are old. Too old. You were built in January 1989 and dutifully served your drivers since then. I know it’s hard to admit, but I think it’s about time for you to retire.

You will always be special to me. You’re my very first >own< car, I even made special stickers for you which I had professionally printed out and applied on each side right behind the windows (covering up this stupid “Golf Manhatten” special edition logo). Unfortunately, I had to grind them down when I did those body works and recolouring, reapplying this dumb red colour that made you look like a shopping toy for bored housewifes. Yani, even Schumacher drives his red Ferrari, so it’s okay. 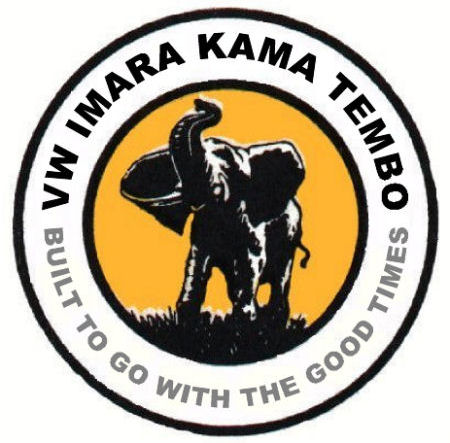 Of course there were some days in your active career when things weren’t that imara. Like today.
Maybe it’s due to the cold weather outside, maybe it’s just a busted temperature sensor within the carburetor that needs to be replaced – however, while driving, the engine just went off. Whenever I braked, the engine went back into idle speed and went off. I will take you to a friends garage later on this week and see what we can do, but, honestly, my dear, according to GERMAN standards you’re old metal, taka taka, history. Yani, the DIY- jua kali spirit (~jua baridi?) inside me argues that you’re still in perfect condition, still taking me from A to B (more or less secure) and that you’re heading for an active career in Ghana or Nigeria or maybe even in the middle east (though they never put a power steering and an automatic transmission inside you, so you better forget about that arabian future). Also, I know there are lots of people out there that would love to turn you into a Taxi or maybe even remove some mabati in the back and turn you into a pick-up vehicle. Who knows?

Being the president of Kikuyumoja Inc., I had an interesting conversation with my CFO this last weekend and so I was told that funds would be made available to invest into Tembombili – which is just great!

Now, this country here is very very strange. You can go and buy a really nice & big Mercedes, BMW, Audi, Volkswagen, Ford, Opel (=Vauxhall), Saab & Co. for something like 2.000,- EUR (~ 2.400 US-$) and still won’t be able to drive it. Why? Because of this almost criminal thing called insurance costs and taxes. Taxes are something between 100,- to 300,- EUR / year, depending on the exhaust system and the size of the engine (ccm). Insurance costs, though, are just deadly. And confusing! I still don’t know which car I can buy next because this decision will just be subject to insurance ratings – which change every year! The rule of thumb is to drive a car with low insurance ratings – one that isn’t chosen by young drivers because they make the most accidents, thus raising insurance costs for that particular model.

My search has narrowed in to buying just another Volkswagen, most likely a VW Golf 3 Variant (estate/station wagon), a VW Vento (=Jetta) or maybe a VW Passat. All with around 1800 ccm, ~ 90 hp, antilock braking system (ABS), Airbags, A/C, etc. and – most importantly – no previous accidents so to avoid any further rust and corrosion due to poor repairing. And please, no 1989 stone age cars anymore. Maybe something like 1990 :-) No, seriously, 1996 or younger. 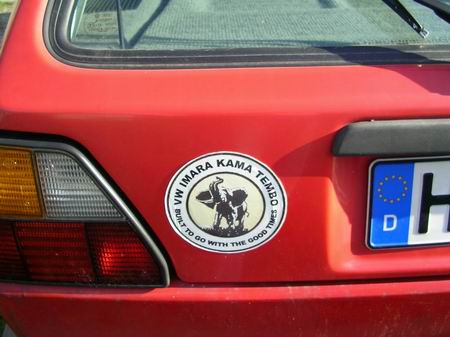 So why not a japanese or korean car? Toyotas, Mazdas, Nissans…they ain’t bad.Yes, they are not bad, but I don’t like the way they are built. The advantage with those Volkswagens is their quality – those old ones like my Golf are almost unbreakable (take them onto a dust road in Kenya and compare that with any KIA or Daewoo) and the accesibility of the motor. A japanese engine compartment is just packed with cables and machines so whenever you need to exchange some parts deep down inside, you will always have to remove other parts as well. That’s why many japanese cars do have an expensive maintenance scheme in Europe, and also because spare parts are expensive. A Volkswagen though will provide you with lots of space and accessability and also this make is so common here – every little kijiji or city has spare parts for those models. Another anoying thing about those moving ricecookers is their small engines that have high idle speeds and generate a lot of noises. Consumption though should be more or less the same.

Awww…..still a difficult decision. There are some ppl out there that buy cars and sell them again after a few months, but mine is supposed to last. I am very formal & conservative when it comes to the car issue and will always look out for a reliable, cost effective and quality model that will last for a few years instead of changing them every now and then. And then I am always looking for the jua kali approach, the Do-it-yourself thing on those cars. There isn’t much you can do as a hobby fundi on most modern cars. Just bring them to a garage and connect them to a BOSCH service terminal for troubleshooting. Aww…c’mon, there are still a lot of things on a car a computer won’t be able to identify. I think I am just spoiled by that Safari thing back in my head – always carrying a car jack, spare parts and lots of tools in the car boot.