Inspired by Hash’ BE on MAKE: magazine, I was just flickrbrowsing MAKE:’s flickrpool and came accross this Howtoons project, which is part of Instructables.com – a website full or step-by-step instructions on how to build your own stuff (searchable by tags!).
Now, since we don’t get this MAKE: magazine over here in Europe (or?), I don’t even know if Howtoons is part of their print edition. However, Howtoons >>are cartoons showing kids of all ages "How To" build things.<< 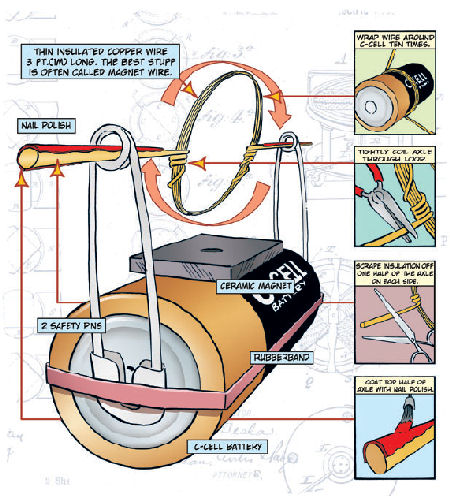 And that’s exactly when I thought of Lila Luce’ "Sasa Sema publications" from Nairobi, Kenya. In an article in the April 2005 edition of Eve Magazine she is quoted saying: "Philosophy makes you think and use the brain God gave you. The problem with the educational system is that it does not train people to think…. (…) …children need to overcome this by reading good books that make them ask questions….. (….) …Thinking is good because even when you get it all wrong at least you would have used your brain and not borrowed someone else’s."
That’s so true. Both initiatives are just nice. I also think that Howtoons would be a great partner for Sasa Sema Publications…. (ama?)

And then I come back to this basic question that keeps on bugging me: how can we bridge this gap between the Internet and real life?
I mean, Web 2.0 with awesome technologies like AJAX (as used in flickr, basecamp or kiko) are just the tip of the iceberg to bring people closer together. And isn’t this what the Internet is all about? This exchange, the direct interaction as sought-after way back in 1999 when we had those cluetrain discussions going on ("markets are conversations")? This technology has reached a much higher level nowadays which enables us to cooperate on a global scale, yet those things are still just too virtual. Or not? Where’s the connection between the stuff we do on the internet and things that will really have an impact on our life? Where’s the connection between the GTZ/USAID/etc. posting their Ecosan fact sheets & manuals (for instance) on the internet and a sewage treatment plant in Homa Bay, Kenya? How can the web be of any help to distribute knowledge? How can we change something in this world through technologies as used on the internet? Comments please!