Something tells me that this gadgetimoja will become very popular in some parts of Kenya…. 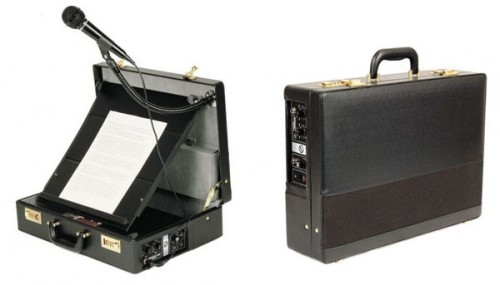 AOB: my first post from Ubuntu! Earlier this week, a colleague of mine asked me which firewall software he should use next to his Avira antivirus scanner on WinXP. I told him to try Ubuntu instead if all he does is surfing the web + some office tasks. Why? Because it may just be what he needs.
As for me, I’ve switched from Kubuntu (KDE 3.x + 4.x) back to Ubuntu (Gnome) earlier this week as I realized that Ubuntu is what I need on my laptop here. A perfect alternative to WinXP. The only thing I dislike about Ubuntu & Co so far is that it really only makes sense if you have an internet connection that provides enough bandwidth for updates (I am still to figure out how to download updates to an offline repository). Slowly switching from WinXP to Ubuntu apparently also includes the realization that a limited availability of programms (see also Apple Mac) isn’t necessarily that bad. Hey, it even connects to my phone! And printer installation….wooohaaa! 25 minutes / 800 MB software package to install an AIO HP OfficeJet 7210 printer within WinXP, but less than one minute within Ubuntu. Sure, this will only cover the driver, but then – even the driver package alone is ~70MB on WinXP.