It’s about time for another blog post, and since I do seem to have a slight affection for mobile phones, I thought about blogging on my latest acquisition: a Nokia 2700 Classic mobile phone I managed to buy in mint condition as a used device from eBay for a very small amount. 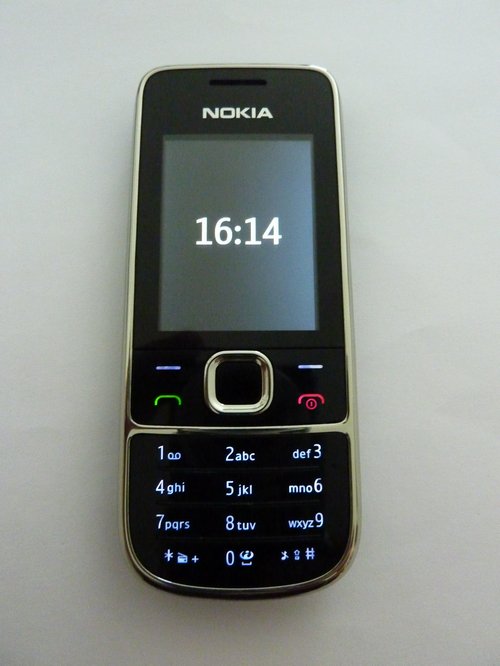 I’ve used quite a few phones lately and have gotten used to enhanced services like Dropbox, Evernote, ReadItLater, E-Mail, Browsing on the iPhone, and also thought that I wouldn’t want to buy another Nokia phone since my disappointment with the restrictions set by a Nokia N95 and E72 (= great hardware but not that much software support), but for this price and for my use (as a 2nd line just for calling & music), this Nokia 2700 Classic is a fantastic phone.

Sure, the plastic cover isn’t great, the keypad is a bit narrow, there’s no UMTS/3G, no WLAN, a very grainy 2Mpx cmos cam on board, no flashlight and flash for the cam (which is a real pity) and the internal RAM is also only limited to about 10 MB. 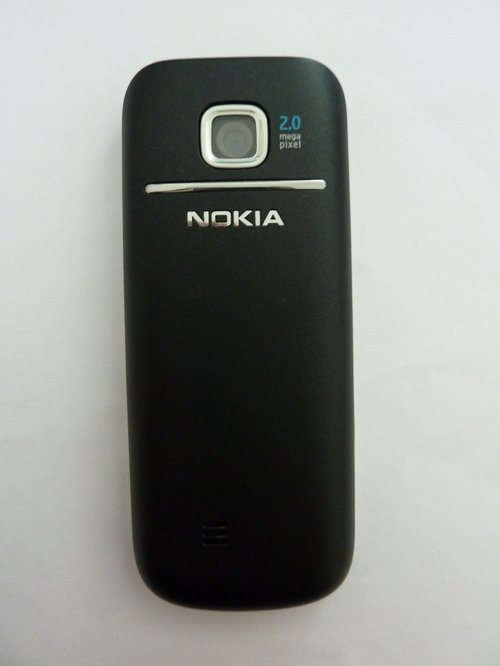 This phone, however, is the first Nokia since maybe the 6230 or even the 6310i where everything important works out-of-the-box . It just works and does what it’s supposed to do. Also, anything that isn’t on board can’t break. I think I like (Nokia’s operating system) S40 much more than S60. For instance, one of the things I hated with my N95 and the E72 is when you terminate a call the display/operating system would still take about 1-2 seconds to respond. That’s pretty annoying, actually. There’s no such thing on my S40 devices (6230, 6230i and this 2700 Classic). I like!

Another interesting software detail is that users are directly forwarded to the Opera Mini browser which is just so much better than Nokia’s own crippled browser solutions. 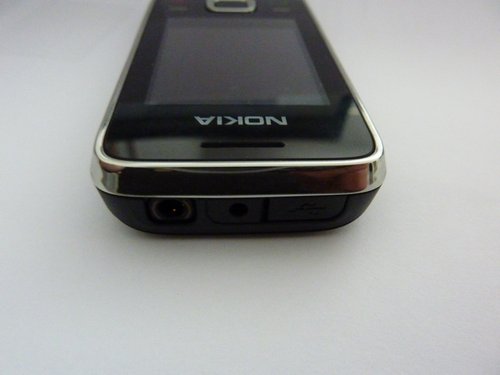 The best part about this phone is the 3.5mm headphone socket that works well with my Sony MDR-818 headphones (headset, actually). This, along with the removable 1GB microSD card, promises a really good music pleasure. I don’t know about you, but syncing my iPhone via iTunes just sucks big times (could this also be done via SSH, btw?), and here I just connect the phone via a data cable or directly load multimedia files onto the microSD card. Yes, I also already had this on the N95 and the E72, but to be honest: this is more fun to me with a relatively simple phone like the 2700. I prefer this phone to both the N95 and the E72, albeit their other capabilities.

Also, it has the right size (long enough, slim) and a good weight (~ 85gr), SAR-value is also ok with about 0.84 W/kg (iPhone 1.3; E72 1.4; N95 0,59 W/kg). I think the product engineers who created the pcb and the external phone design did a very good job on this phone. As mentioned, the keypad isn’t top notch, but it is ok and does what it’s supposed to do. I somehow also like that it is a closed keypad with no gaps in between the keys (even though I still like the keypad on the 6230/i best). You know, when you open up phones and look inside at how they are designed and what kind of materials are used and where water/moisture could enter (water damage!), there are worlds between Nokia + SonyEriccson phones and the likes of an iPhone or the HTC Desire. The latter are indeed much more fragile, with complicated thin & flexible pcbs, not designed for rough use and African Asian road side repairs. 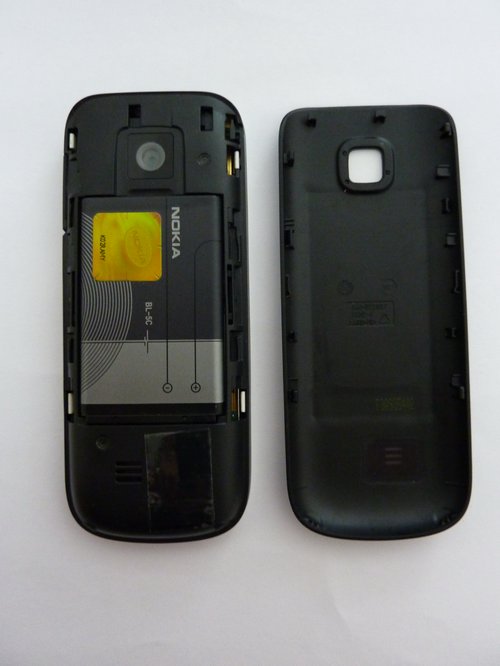 You’ll notice the old-fashioned BL-5C battery we’re already familiar with since the 6230 (from 2003?), the antenna positioned in the bottom, the thin but sufficient plastic back cover (I’ve added some layers of transparent adhesive tape to limit play) and the overall simple “a few components only” design by Nokia. This, ladies and gentleman, is what I consider a good design!

Verdict: the Nokia 2700 Classic may be an average phone with some flaws like the grainy camera or the limitations set by the operating system and its resources, but it does quite well what it was designed for and is the perfect device for anyone who just wants to use it for telephoning, sms and music. The internal speaker is very loud and the music player responds quicker than any player on S60. Going by the installed ringtones on this phone, the target market seems to be the youth / 13-30yr olds.

Despite all the mistakes Nokia did lately (too many phones on the market, no emphasis on software, sticking to the wrong OS, horrible app store etc.), this phone is a good buy – which is also evident by the good sales stats this 2700 Classic already had (this phone was recently offered at ALDI Germany, btw) and the adaption of the design for other popular phones like the Nokia 6700 range. Contrary to the otherwise much more interesting 6700 with it’s metal cover, 5mpx cam and UMTS/3G support, the 2700 has this 3.5mm headphone socket. The 6700 is like the 6500 in this regard – everything is done via a micro (or mini?) USB port, which may be ok for political reasons but isn’t my first choice.

I think the overall truth is that a) Nokia’s S40 phones are less frustrating than their S60 phones (with the given competition in form of high-end touch phones based on iOS and Android) and b) these modular phones with their sandwich design (front cover – keypad – pcb – middleframe – battery – back cover) are the way to go for the future when it comes to sustainable product design.

Oh, and one more thing:

I am tired of repeating myself, really tired, but! – Nokia – seriously, I mean, SERIOUSLY!!!! we’re in 2010 now and you still haven’t managed to provide a reliable service that updates all phone address books via one click. The many, many users of S40 devices in the dev world and elsewhere – the ones with webmail accounts provided by Yahoo!, MSN, Gmail – how are they supposed to sync their address books via their online accounts? Not everyone has an instance of Outlook installed on his computer, and – this may be news to you – but: Ovi.com xux so much in so many different ways, like deleting all contacts in one go, or that it doesn’t sync itself with an external service like Gmail, Yahoo! or MSN or the app itself installed on the phones (for downloading apps and Ovi contacts).

There’s only a few things you’ll have to do: build good phones (done), sell them (done), give ppl a way to sync their data with online accounts other than this Ovi failure (not yet done).

And there you go wondering, dear Nokia, why we felt free enough to give you a lecture on what it takes to succeed in Africa?

That’s the issue here. Make it simple. Make it work. Not just for geeks like me who can easily google for the solution via their broadband connection.