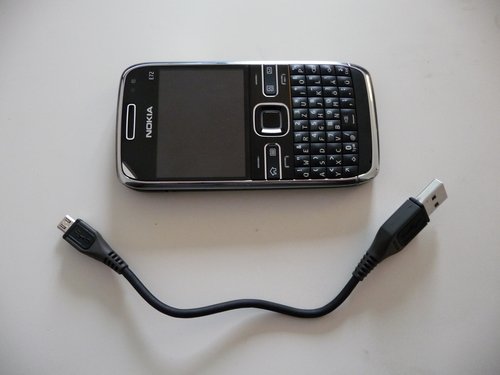 …what kind of crippled, 7″ long USB cable is this you’ve shipped with the new E72?

Sure it makes sense to have a smaller cable for the pocket, but please, it is so useless at this length. Very annoying.

Else, the phone looks like a great new toy. A bit different from the E71 which was almost all metal. Coming from an N95 though, anything in monoblock shape will be better for me. 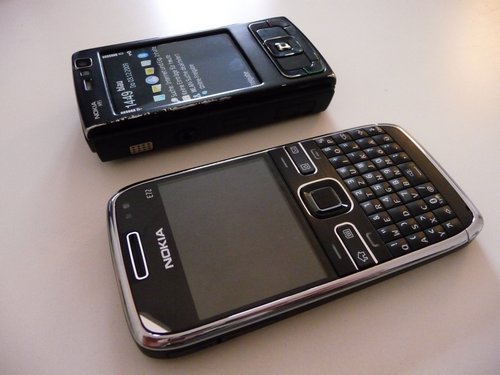 So.. yes, I’ve eventually settled on a new phone after 29 (!) month. I know it will not have the same smart browser I’ll find on an iPhone, a HTC Hero, a Motorola Droid / Milestone or even Maemo-based Nokia N900, but it will give me real keys to press with tactile feedback, provide we with a known operating system and I’ll be able to shot snapshots @ 5mpx and multitask some applications. Now let see if it lives up to all expectations – the build quality already is a bit different from the E71 which I remember being a bit slimmer and much more even on the edges. Like when you move your thumb between the screen and the menu keys, you’ll notice a sharper edge.

What I’ve come to appreciate on the N95 is a good grip on the rubberised back cover. The E72 having a metal plate, it still seems to provide a better grip than the E71. The lock on the back cover isn’t as strong as on the E71 though, and I even had to bend the metal cover a bit to fit it better into its position. Not so nice on a brand new phone. 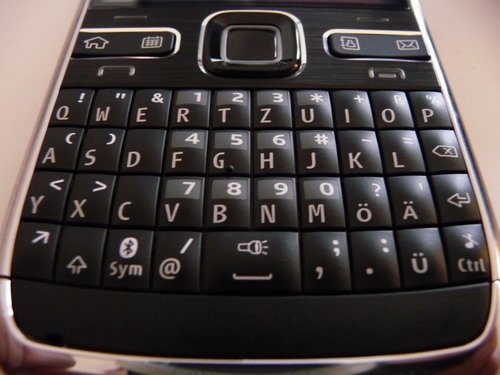 Whatever. It is mine, I’ll have to use it for the next 24 month and it will hopefully do a good job. The moment I unpacked it, I realized how really small it is. Annette even mentioned that it would be too small for my fingers, but it’s surprinsingly easy to hit the right keys.

You know I’ve been waiting for this phone I had never actually held in my hands before I bought it (because it wasn’t yet on the market), so I had to rely on the user generated opinions you’ll find online only. But something similar actually also applies to the N95, and since I am no TED fellow or something like that, there’s no swag aka free E71 coming my way… so a purchase like this one has to be well planned. I got mine via a 24-month contract as a subsidized phone. Since I am normally using a prepaid card only (with a 1GB data flat), the new SIM will remain – unused – on the old phone. 10,- EUR / month for the next 24 month = cheaper than buying a new phone for ~ 360,- EUR.

Talking about money, the “Kikuyu” in Kikuyumoja probably isn’t such a good idea. I’ve recently spend most of my savings on a new kitchen from IKEA, or let’s say.. 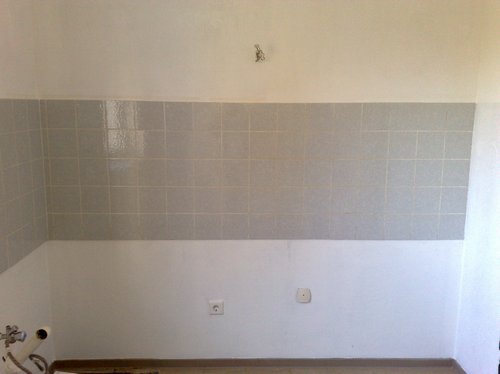 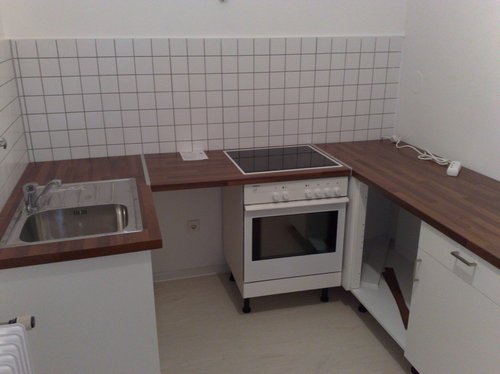 Not that big, but it’s MINE and I’ve built it with my own hands. Very rewarding. :-)

Considering that my kitchen corner in Embu looked like this: 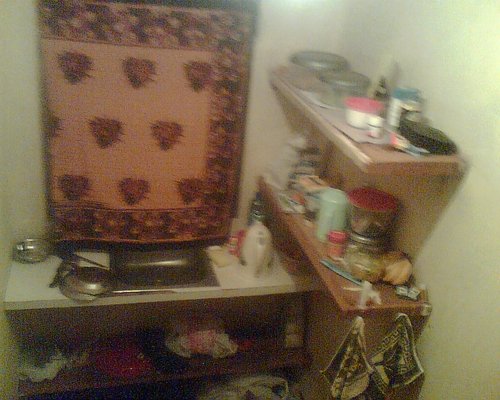 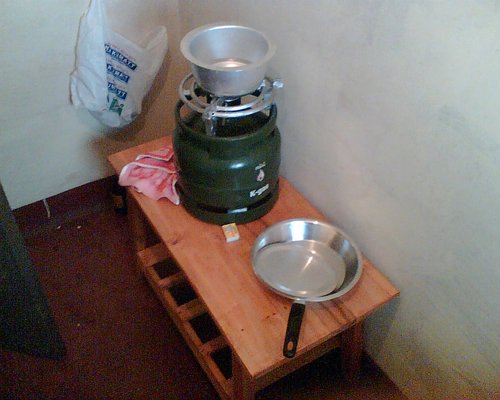 … the real difficulty is to find the right partner who will understand that even average kitchen corners will be superb when compared to the alternative. And mine in Embu even was a brand new one! I am mentioning this because my sis has an awesome kitchen with all extras. It’s these two worlds we’re living in that sometimes still make me think: yes, Germany, nice & comfy. But do I/we really need all these extras? Maybe one of the reasons why we’ve only now – at this advanced age (yeah!) – agreed to give up the single room appartment and move into a bigger one (from 25 sqm to 76sqm, actually).

Anyways. I haven’t been offline or on a blogging hiatus – just working on the new kitchen and renovating my new home.

As for the E72, it’s a great phone and I will certainly come back for another, more detailed review, even though I’ve also said that I actually don’t want to do a review this time. I am too much of a geek not to waste some precious time on a new gadget.