I do not understand why ppl are wasting their time online at various forums, spreading hateful comments on this or that group. Just like KP, I’ve also deleted some comments here which were just too insulting. I take it that those who have managed to get online are smart enough to draw a line between the things that need to be said and those that aren’t shared with the rest of the world. If you are having some aggregated anger – keep it to yourself or go and do some sports.

And believe me, I am also extremely pissed at the (current) situation in Kenya. Hell, everyone is! Relatives are telling me: Thx God you’re not in EAK these day, JKE. Oh, well…. what do you do when things are breaking up and you’re feeling so damn helpless because all you can do is donating money and praying that this “crisis” will soon come to an end?

“Germany”, my Austrian landlord told me today, “is a country where ppl aren’t directly helping each other. Only through anonymous donations…upon which they will receive a (tax exemption) receipt.” Hmmmm. I know many other cases where this assumption doesnt apply to – but coming back to Germany, I am reminded of this issue ppl had after WW2 when the following generation asked the same questions: what did YOU do to prevent this? Really nothing?

Fast forward in 2008+. Let’s hope that moods will have settled a bit by then and that business is “back to usual”. What will happen to those who did crimes? Will they be able to live with this guilt? Or will they come up with the infamous “i was obsessed with daemons” phrase?

And what will happen with those who lost relatives and property during the recent “post election”-violence? Forgive and forget?

I wanted to blog my new Leatherman sheath and I end up talking about Kenya again.

Remember my Leatherman Wave 2004 sheath issue? Well, in 2005 I had bought a successor to my old LM Wave (pre 2004 model) which came with a bitset. Unfortunately, both the LM Wave multi-tool and the bitset do not fit into the sheath that came delivered with the tool (or rather: it was way too bulky), so I ended up making my own version: 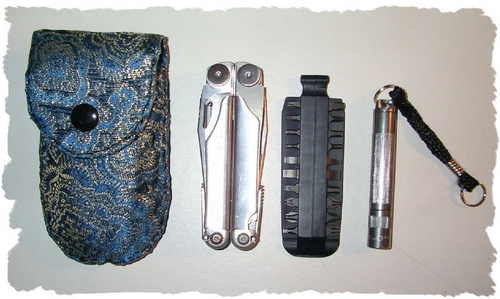 As for the AAAmaglite: who needs this in times of luminous LEDs? Dismissed. 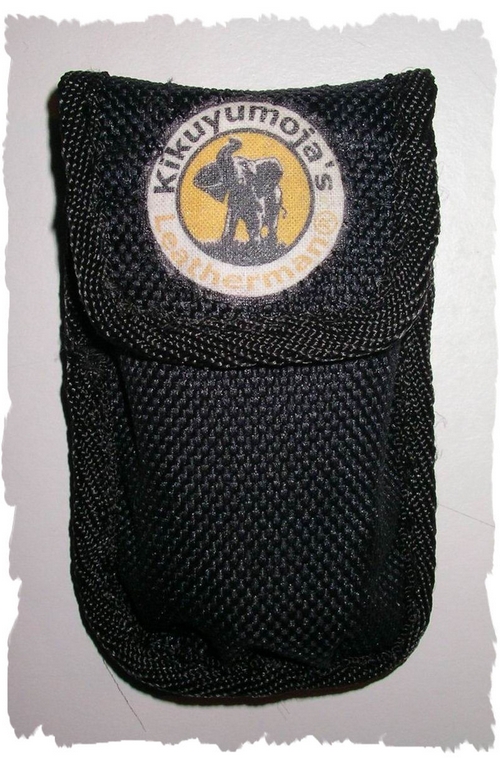 #2 attempt i’ve used this version up to today.

After almost two years of daily usage and various trips, this very same cover now looks like this: 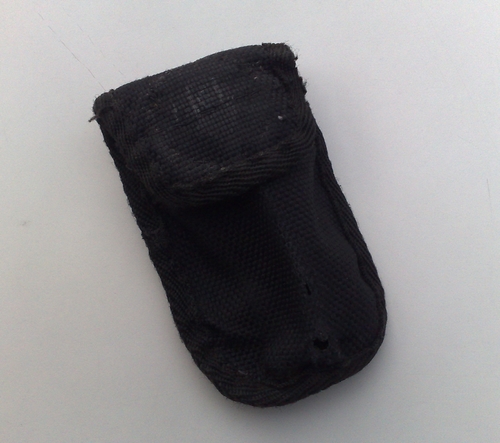 Can you see dim holes, maaan? Pretty useless like this, as the front cover may fall apart any day soon. So I was in dire need of a suitable substitute. Checked the inet again for alternative solutions, but nothing seemed to be right. Then i popped into a bunduki-selling shop in Frankfurt Kaiserstraße today (which is like buying arms in Eastleigh) and found the right sheath between all those Hatori Hanzo Samurai swords, air rifles, hunting knives and scary 9mm pistols (btw, there’s a new law in Germany these days which requires stricter setups – similar to what used to be the rule @ the Firearms Department in Nbo ~ gun safe @home + having the OCS of the nearest police station coming over for inspection, etc – so that many ppl are now desperateley trying to sell their rifles & pistols for which they will never manage to obtain a proper licence…): 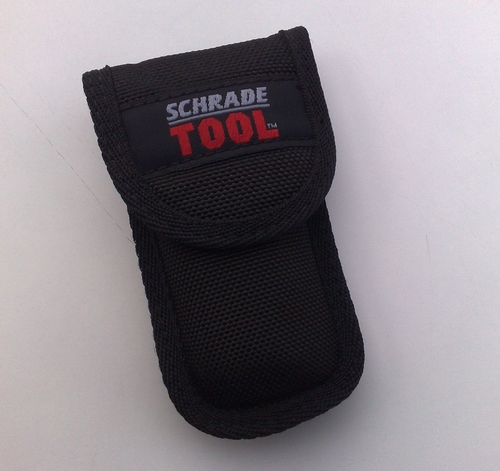 Voil? , attempt #3 in my quest for the ultimate tool sheath! 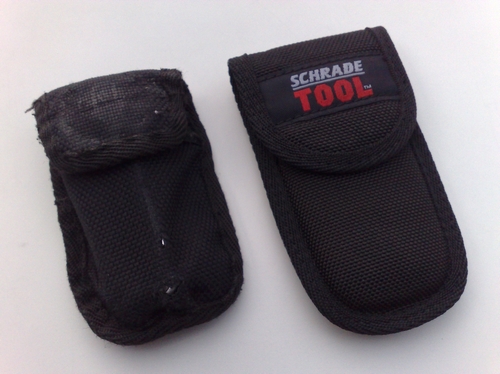 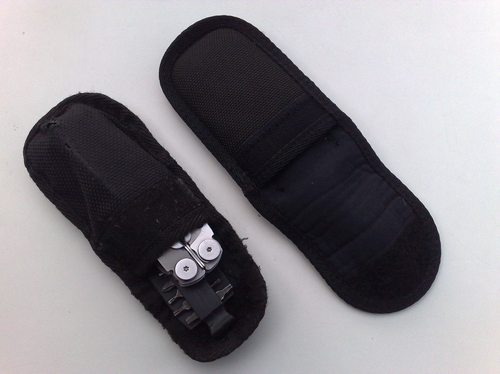 It fits, it works, it wins.