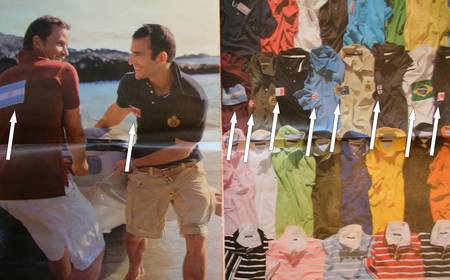 A print ad on polo shirts which are decorated with flags (I’ve just added the white arrows).

Interesting to note, though: you would probably never come across such a shirt with a German flag on it, unless it is a soccer shirt. That is, I also can’t imagine anyone wearing such a polo shirt.

There’s something wrong with this country since 1919, I think.

4 thoughts on “nationalism & the 21st century in Germany”