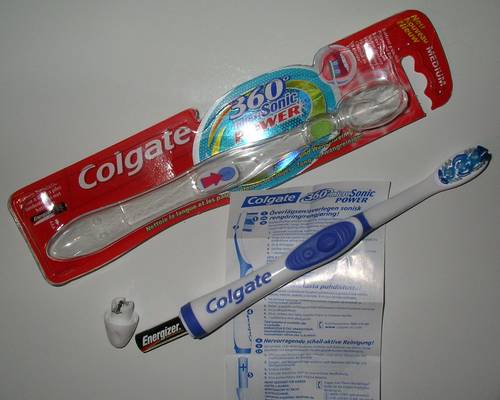 Ok ok, I *had* to buy it becau­se of rever­se engi­nee­ring rea­sons (i love this excu­se :-), but one-way solu­ti­ons like this one just make me feel sick. I bet the­re are qui­te a few users who would just even dis­po­se this tooth­brush after use with the bat­te­ry included.