I was travelling in an upcountry minibus today when the guy seated just next to me pulled out his new mobile phone he recently purchased in Embu, Kenya.

Safaricom, the biggest mobile phone network provider in Kenya with about 5 million customers, introduced some handsets in the past, which enable resellers to deliver phone services to the public. Such handsets, which look like phones for fixed-lines, often come with an external display that shows the units consumed by customers.

The two (gsm) mobile phone networks in Kenya have become very succesful in the past, as the state owned telecommunications company only provided the country with about 300.000 fixed-lines of which many are out of order or have been subject to vandalism.

Next to providing the public with mobile phone booths, these public phones also offer a great small-scale business opportunity for the owners of such handsets. And for those who obtain their pre-paid scratchcards at a wholesale price, there’s a 5% revenue coming along. These public phone booths are just a perfect way of helping people start their own business where the initial starting costs are quite low. 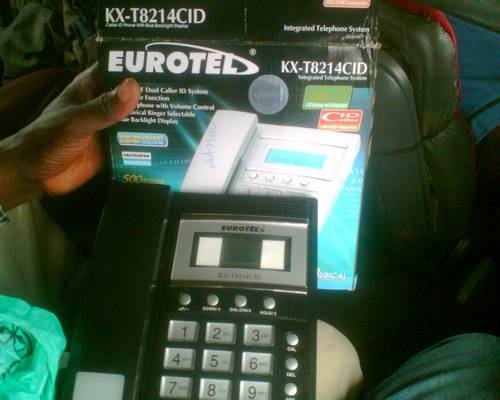 So, instead of buying a rather expensive Safaricom handset which is specially designed for use with these roadside telephone booths, this guy next to me bought the Afrigadget-solution: This gadget actually is a very cheap MadeInChina fixed-line phone which has been ripped of it’s inwards. The person who modified it ripped an old Siemens C25 phone apart and installed its display instead of the one that came along with this phone. The keypad is soldered to the phone and a rechargeable battery is inside the box with an external power supply. 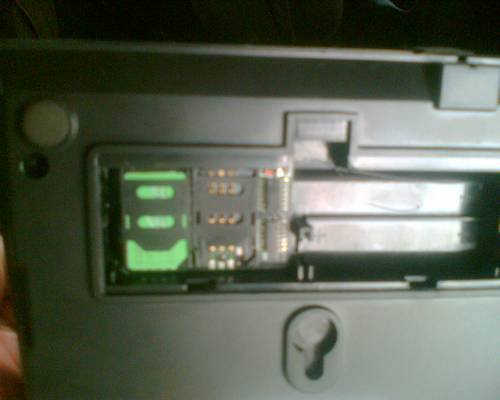 The SIM card holder at the back of the phone comes with a dual-SIM-card adapter so that the operator may add another network and switch between both networks by simply switching it on and off.

6 thoughts on “the DIY phone booth”