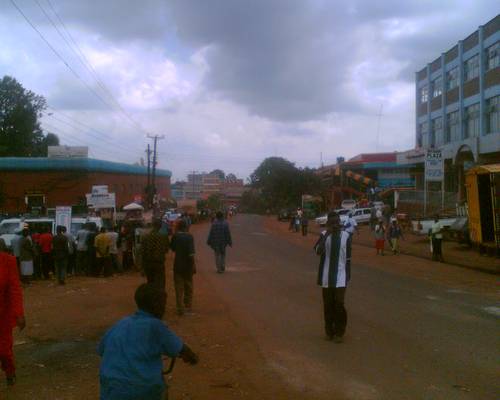 …shall just remind me of peaceful Embu downtown.
If you watch closely enough, you can see a “promotion” going on at the left side of the road where two dudes tried to sell raffle tickets and promised some things like TV sets and other goods rural folks might be attracted to.

And then I arrived in Nairobi, it was starting to rain, there was a agonizing traffic jam and I felt hungry. 20 minutes waiting for a Matatu + fighting with other passengers over 20cm of space only to pay the rush-hour fare? Naaa…..

Java House downtown, I think, should be renamed “Jam Rescue 2”. 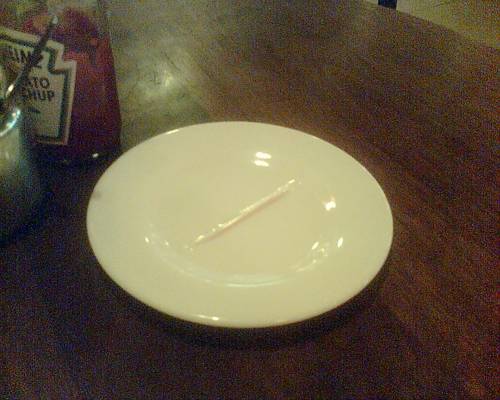 And yes, I was wrong: they DO have toothpicks at Java House. 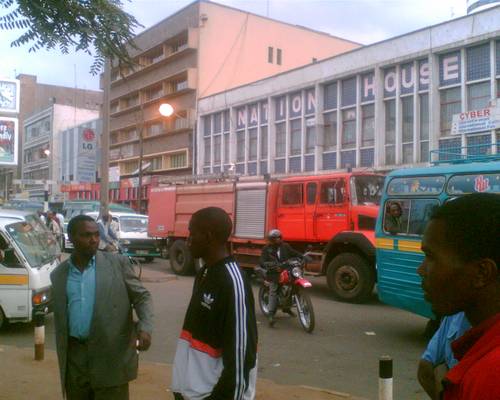 Just WHO still wants to have a fire brigade downtown? This fire truck took about 5 minutes to get out of its garage and drive to this spot (~ 20m away from the brigade) only to be stuck in a typical Nairobi rush-hour traffic jam. 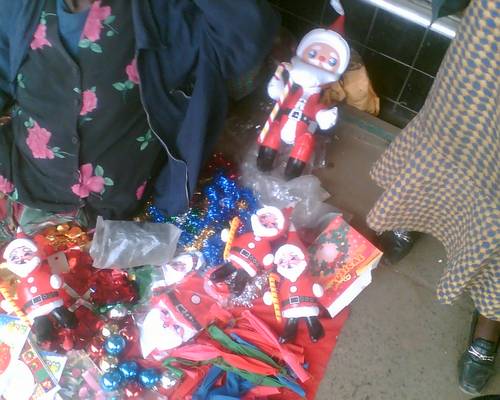 Anyone still in need of some last minute christmas presents?

Don’t look any further – this inflatable mzee krissimassi goes for 50 bob, the bigger one for 100 bob.

Nairobi. I somehow love this place.