…the municipal council of Embu to open its eyes and start using public funds for public benefit: 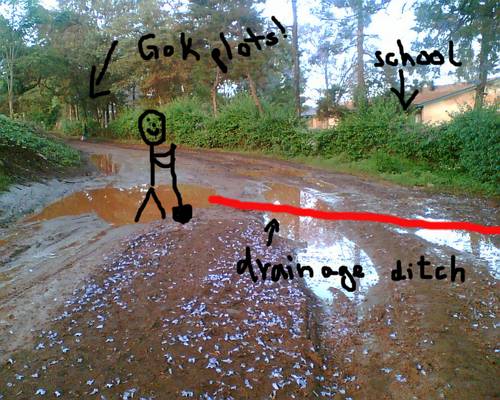 There is this really muddy road next to Mama Ngina Street in Embu which could just use a simple drainage ditch system to remove these articifial lakes on the middle of the road. After all, the road leads to other GoK plots and even a school. And everyone (including me) is forced to wade through this muddy **** every day.

Ok. Let’s do this deal. If they can’t make it within the next two weeks, we’ll start a Harambee at the office and hire a jobless farmer to do the job. Sawa?

p.s.: this is a wonderful example to demonstrate the meaning of the often used (kenyan?) phrase “they are supposed to…”.

7 thoughts on “How to…visually convince….”