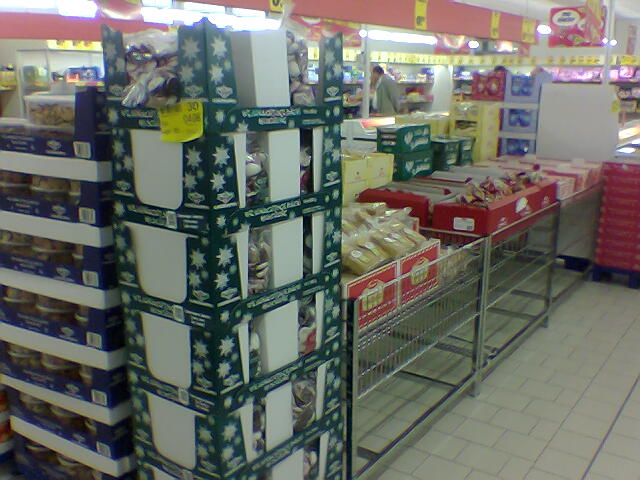 Various xmas coo­kies for sale as ear­ly as September…

Same pro­ce­du­re as last year? Ger­man shop­blog­ger Björn Hars­te has more on this. So wha­t’s next? Cho­co­la­te Eas­ter eggs on sale in Novem­ber? Makes me think of finis­hing this “Top10 of cakes” post I was working on last night…

And the bad is yes, that the smo­kers befo­re all in the edu­ca­ti­onweak popu­la­ti­on to be found are, which any­way not so good Eng­lisch can.