Life is for living. (Coldplay) 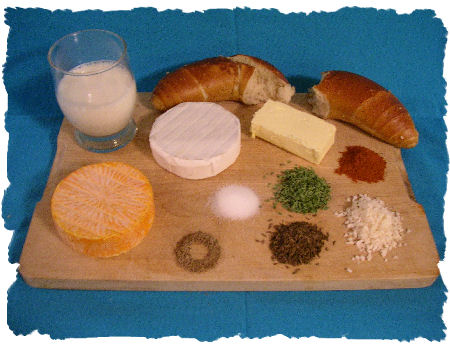 Today I would like to prepare a speciality I’ve only recently come across in Munich: "Obazde", "Obazda" or also known as "Gerupfter".
I will just pronounce it Ohhhbbrrrrrazzza because that sounds very bavarian and thus foreign to my northern ears. Ati, you know these bavarians in the south are like the Maasai in Kenya – very uncommon for the rest of the country but everyone (else!) pictures them whenever we speak of the country. Needles to say that they have their own culture which btw isn’t that strange after all.

Back to the cheese:
Obazde is a spreadable cheese preparation, made out of an assortment of different Camembert cheese, butter, onions and spices. It is said to be a traditional spread which is served along with beer and pretzels in those beer gardens you’ll often find in the south of Germany. As for the history of this speciality, this source says "there is no guarantee, but it is possible that Obazde has been served as long as beer has been known in the Weihenstephan monastery north of Munich. It became well known in the 1920s when it was served by the licensee Kathi Eisenreich to her guests in the Weihenstephaner Bräustüberl. She did not know what to do with a too large order of small Camembert rounds, but then the cook had the idea of mixing them with spices and some onions and then finishing the mix off with some beer."

I know there are some recipes out there on the internet, and I am sure the recipes for making good Obbbrrrrrraaazzdddaah are just as various as there are good cooks. Yani, let’s just start and try to see if we can come up with something similar. Here’s what we’ll need:

Please refer to the pic for an approx. quantity – I just measure these things the Kikuyumoja®-way. And of course, I added more caraway than you see in the pic above. :-)

Once you have the ingredients, mix them all together. You may want to use a fork but you can also just use your hands the way I did (and I am sure Jamie Oliver does it that way as well).

Et voilà, once everything is mixed, just spread it on a pretzel or any other piece of bread and serve with beer or milk. 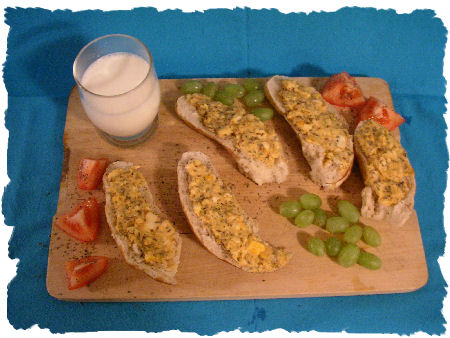