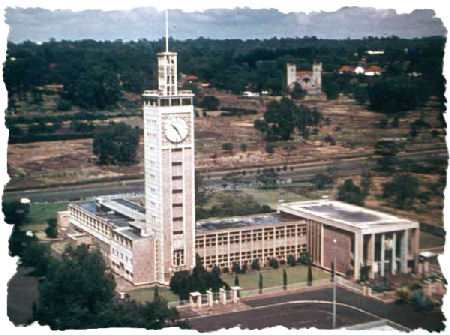 The Tower
The Tower, from which an excel­lent pan­or­amic view of Nai­ro­bi used to be seen, con­tains offices, archi­ves, water tank and clock. The height of the top of Lan­tern frame is one hund­red and fif­ty feet from the ground, while the view-point is one hund­red and twen­ty-four feet. (source)