Yes it’s tool time again and I would like to tell you about my new Leatherman Wave® 2004 multi-tool. Why 2004? Because they came up with a better version of the LM Wave® some time back in the end of 2004 and since I just love good tools, I needed to get my hands on this new one. 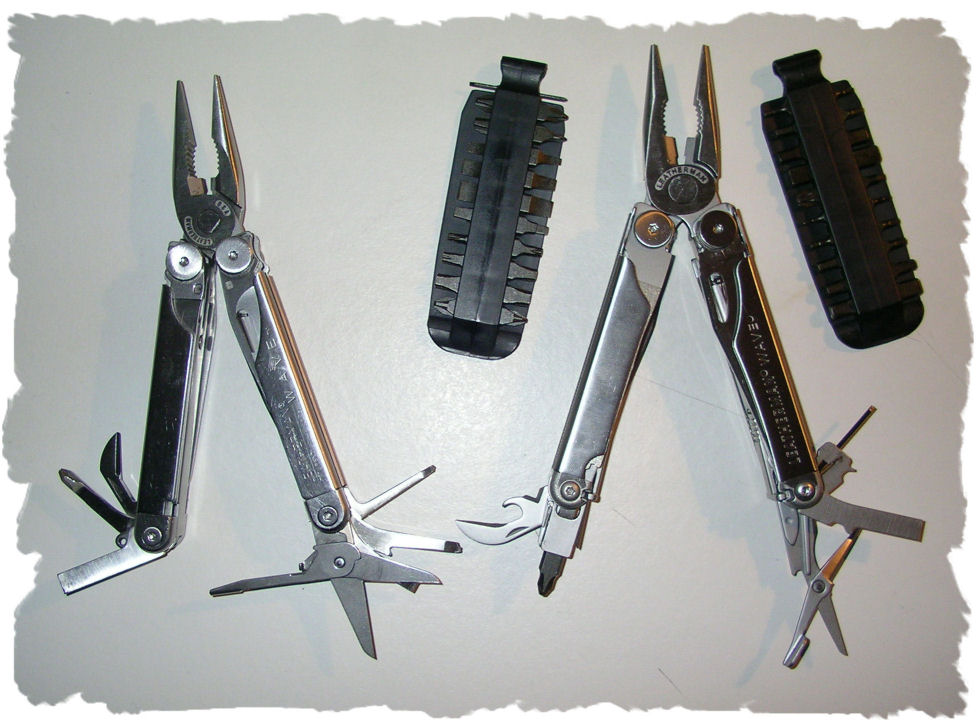 the stuff that makes me happy: old and new LM Wave :-)

Before I continue boring you with more technical details, let me sum this all up and point you to this very detailed comparison report that takes a closer look on the Leatherman Wave® pre2004 (old Wave), the 2004 Wave® (new Wave), the Charge® Ti and the Charge® XTi. I think it’s the most detailed review I’ve come across so far and it actually tells us all we need to know about the small differences between the old and new models. And yes, there is a difference.
This new 2005 Wave just rocks, they improved a lot of things like now all the tools on the interior of the handles lock up which adds to more security and an overall better handling. The only downside so far is that they shrinked the size of the scissors as well as delivering it with a cheap looking leather sheath that doesn’t look as charming as the old one – which still holds the new, slightly bigger Wave®, hence it’s okay.

I almost never leave home without my Leatherman Wave® on the belt, and there have been numerous occasions on which that tool has not only come in handy but has been a sort of life saver. Kudos to Tim Leatherman (“My name is on every tool.”) for blessing us with this brilliant invention!

In case your name isn’t Hash and you’re not yet a proud owner of a Leatherman Crunch®, go and get a multitool NOW! :-)

One thought on “tool time, part 2”