I recently purchased a refurbished DVB-T (TV) USB stick for use on the Asus eeePC 901. I also have another – much bigger and older – DVB-T stick (Yakumo Quickstick, modified) for use on the other laptop: 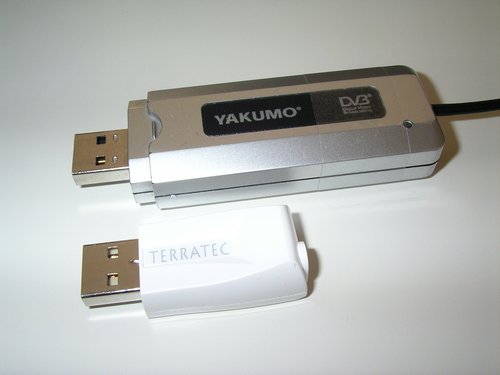 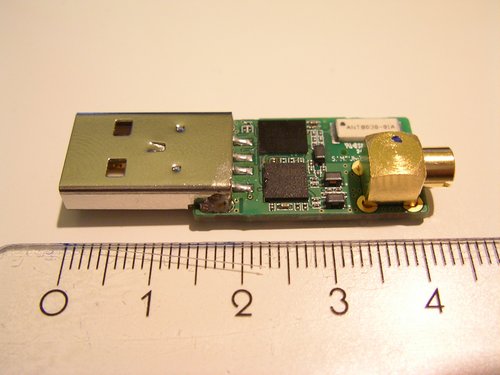 The new stick is based on the Siano SMS 1000 chipset which basically are these two (tiny) chips as seen on the pcb above.

Such chips are btw also used on mobile phones that come with an internal DVB-T receiver and are really small (especially if compared to the conventional DVB-T USB sticks which are often even larger than normal memory keys).

Oh, and this Siano 1000 device (sold as “Terratec Piranha” some time ago) is also capable of receiving DMB and DVB-H (not supported in Germany). 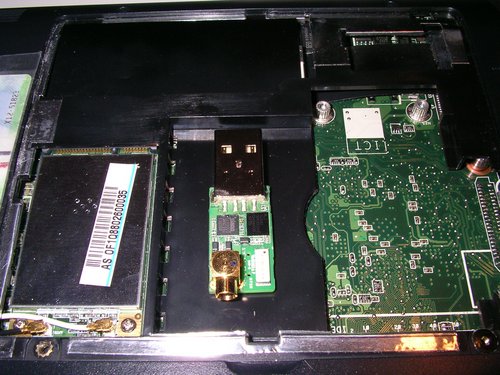 Some sources said it *may* not be compatible with GNU/Linux but I am yet to test that with MeTV (my fav app on Ubuntu for TV) and see if that’s really true. I mainly bought it because it was cheap (hey, refurbished! :-) and because of its tiny size. The initial plan was to mod my eeePC and install this thing inside the laptop but it would still require an external antenna (proper DVB-T reception really depends on a decent antenna) so I somehow gave up along the way and am now just using it as an external USB device because it’s already much smaller/shorter than the other DVB-T stick. 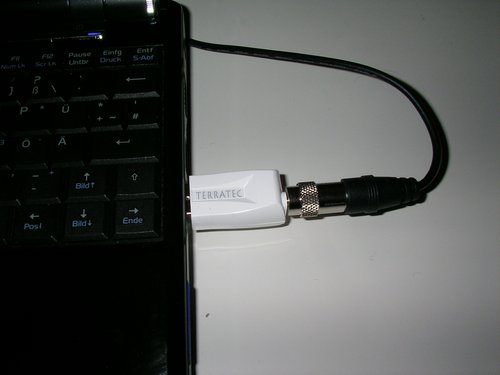 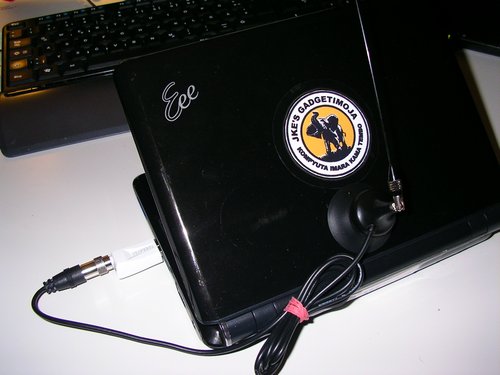 This way (with the antenna on the back side of the display) it is still portable enough – although I am still tempted to directly solder the antenna cord to the device, omitting the antenna connectors.

This TV stick currently receives 22 channels of which most are just crap. Maybe that’s why we never invested in a proper TV set?