An American woman today boarded the commuter train in Frankfurt-Rödelheim and wore an Obama’08 badge. As she kept on talking with her boyfriend about the elections and how things will hopefully change, her seat neighbour from West Africa kindly asked her for that badge and was more than happy when she handed it over to him.

Obama is much more than a candidate for the 44th presidency in the United States of America.

When we look at today’s web editions of both leading newspapers in Kenya (The Daily Nation, The Standard), we see the following news items (Obama and other US-election related news are marked yellow): 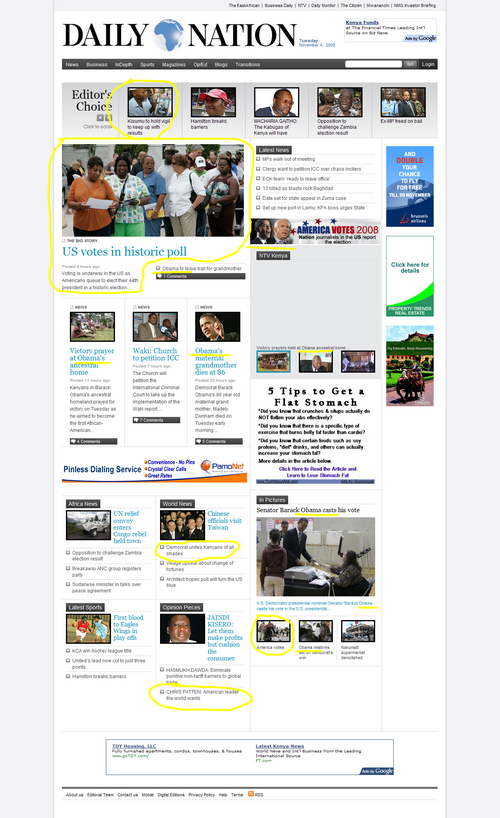 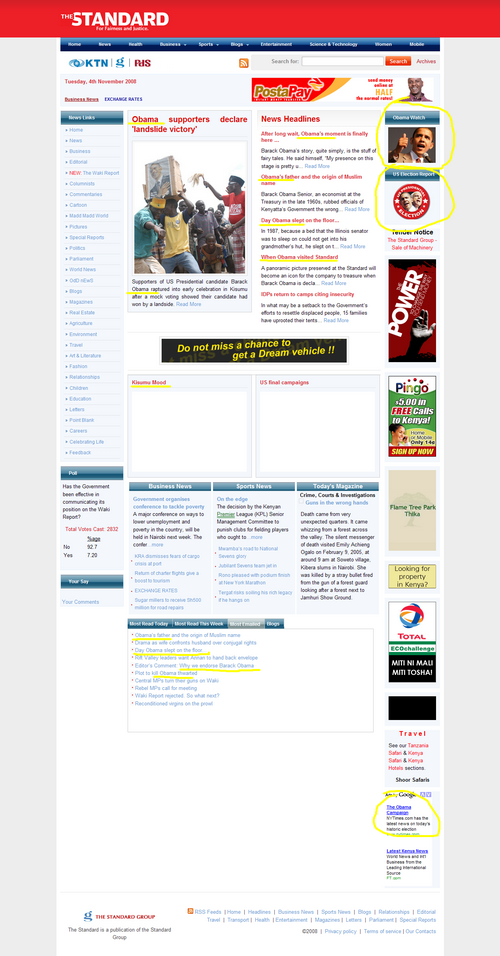 When was the last time you didn’t associate war, terror, fear with the USA?