Talking about (urban) alottment gardens the other day, one of the advantages of living in downtown Frankfurt am Main is that there’s this special park in the neighbourhood which used to be a nursery a looooong time ago. After it had closed many years ago, the biggest part of the garden was turned into a public park, the other part into a *wilderness* with lots of small paths and a diverse flora & fauna.

In other words: there’s this public shamba next door that delivers free food for those who just don’t see a green wilderness but instead an ideal source of natural ingredients for healthy drinks!

Because just like Ishtar, I also prefer fresh food! :-) 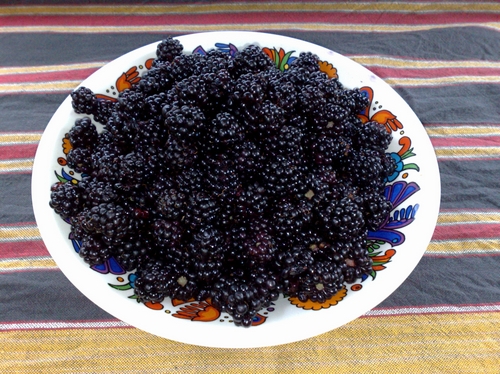 After picking a bag full of fresh blackberries, we decided to use half of them to create a milk-shake. And since I like to try out new stuff, I also added oats and some leaves of fresh lemon balm: 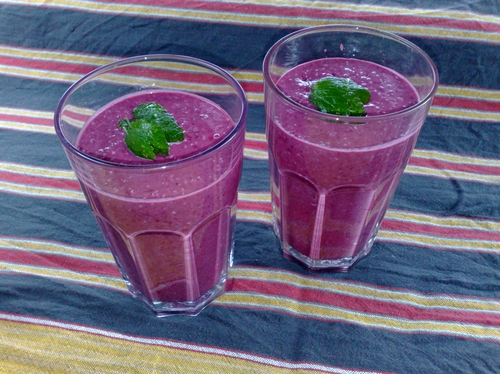 [edit: I eventually mixed the remaining blackberries with an apple, some milk (rice) pudding and some shots from a French & evil almond cognac.]