…a.k.a. “things you do when you are supposed to other things”:

Here: changing the (broken) original silver/”plum” cover on your Nokia N95 into a MadeInChina-plastic cover in black. 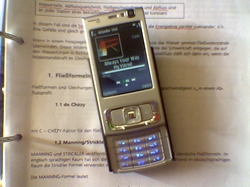 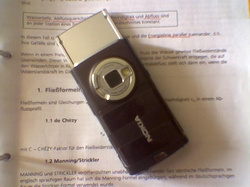 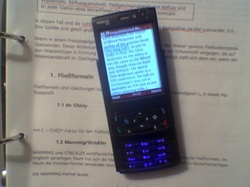 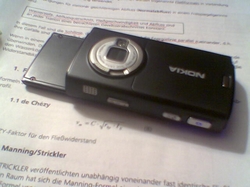 Took me one hour. Problem is that you have to remove some parts like the loudspeaker or the flexible pcb underneath the display from the original cover and have to stick it (it’s glued!) to the new cover. Dito bottom: had to remove the GPS antenna and glue it to the new cover. You have to be a bit careful while reassembling it – especially the slider (hinge) requires some attention.

It feels a bit cheap with the new cover, sort of plastic touch to it as only the front plate is made out of aluminium, but it fits, looks better (imho) and works. I am not a big fan of the overall N95 design (i thinks it’s horrible and looks like a prototype – e.g. no seamless integration of the display) and with this new cover I think it looks a bit less chaotic.

Can you see the clear adhesive tape on the old battery cover? Well, a new battery cover (alone!) sells for the 1/3 of the price for a new complete black cover, so I was tempted to go for this complete mod. Considering that you have to remove some glued components from the original cover and make sure that you don’t destroy any gaskets, I think it may even be easier to just paint it black next time.

7 thoughts on “black is beautiful!”