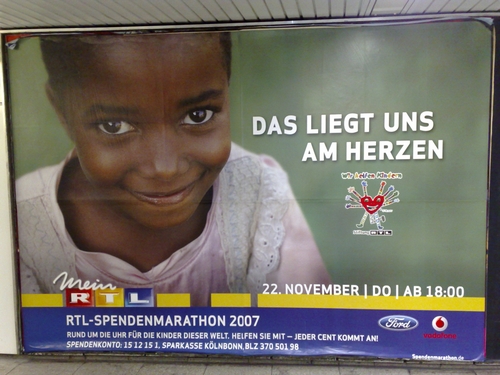 The person who designed this billboard may have agreed with me about the beauty of this kid (who btw reminds me of Jirani), but just after taking this snapshot tonight, I immediately realized what bugs me about this advertisment for an upcoming fundraising campaign to be aired on tv on November 22nd:

As long as such stereotyped messages are used to raise attention for the fact that still a lot of people are living in poverty, I will keep on hearing phrases like “..but you are white, you’re supposed to be rich!”.

Not yet convinced? Then do a quick image search on Google with the keyword “poverty”….