I came home at 10.30 pm, listened to the daily dose of wisdom by my dear friend Njuguna from Ruaka and switched on his tv to see Martha K. answer nasty questions on corruption issues. Martha sure is someone you wouldn’t want to mess with. I somehow like her though.

Being scared off her P.Muiteesque eyes (same scary eyebooools) and very clear line of reasoning against any allegations, we switched channels and tuned into KBC which presented us with this: 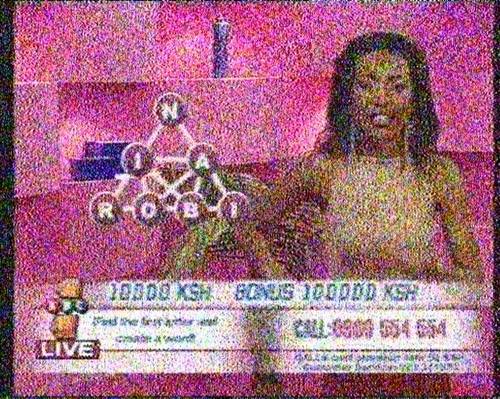 One of these typical “dial in” shows where people are supposed to solve very difficult riddles and waste a lot of money on telephone charges. In other words: whoever calls the displayed number will most likely waste his hard earned money.

The other annoying side of it is that the presenters in these shows have no other job but to keep on animating people to pick up the phone and dial that number. Which means that they keep on talking BS and make a fool out of themselves. I wonder how this show is accepted among the public. Do they like it?

You know, in Germany there are about 5 to 7 tv channels at the moment who show such programms starting from around 10 pm every night until morning hours. Some of these presenters even strip naked (breasts) to attract (male) viewers – which of course is very embarrassing in front of those visitors that come from (much) more restriced countries. 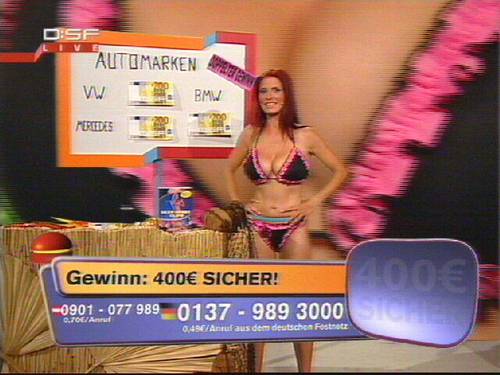 Fellow blogger Majonzi asked me about a possible culture shock in rural Embu. I never expected any luxury in Embu and will of course have to adopt to the rural lifestyle (although of course the place I am staying is still very much urban).
WHAT shocks me though is this KBC programme that doesn’t differ in any ways from what they showing to the masses over in Europe. Same stupidity and tacky way of luring dumb viewers in spending their hard earned money on unsuccesful phone calls.