Oh, one more thing: I just opened the brand-new 2007 edition of IKEA’s catalog for the German market (nice, really nice this time) and stumbled across an irritating statement by the designer of a new carpet called “ANDREA”: 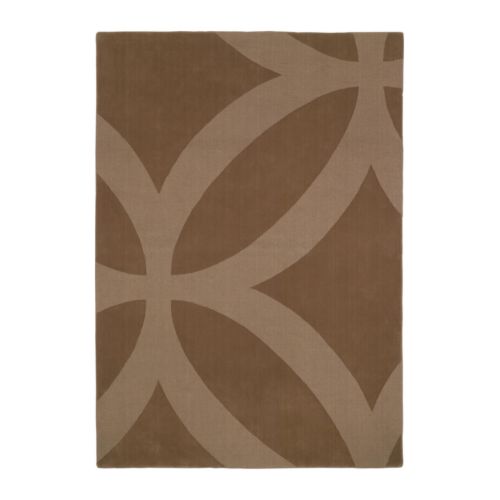 “The ANDREA carpet”, as the designer is quoted here on page 243 of the german edition, “represents (to me) a meeting between Africa and Asia. A meeting between traditional patterns and modern design. I hope (that) I could catch the atmosphere of this exciting meeting”. (translated)

And just as well as I could easily dismiss this as the usual marketing blabla, it did make me wonder for a moment WHAT exactly the designer had in mind when he thought about Africa and Asia.
Now, I spent some years of my life on the Asian and on the African continent – and instead of trying to imagine what’s so African or Asian about this design / where the stereotyped ethno symbols are coming from, I instead wonder what others would associate with Europe and let’s say the North American continent? What kind of symbols, design would you associate with those worlds? At the moment, I can’t think of anything in particular that could describe those continents as a whole except maybe for currency symbols ($ & €).

AAOB: “If you have a goat worth twenty Dollar, you can buy shares here for twenty Dollar.” [via] (Mbuzimoja, my dear, please: on our next trip to Hoima, let us pls stop in Kampala and check out the exchange rate, ok? I know you are priceless to me, but this will help to negotiate the dowry with your mum :-)

One thought on “Dear IKEA….”