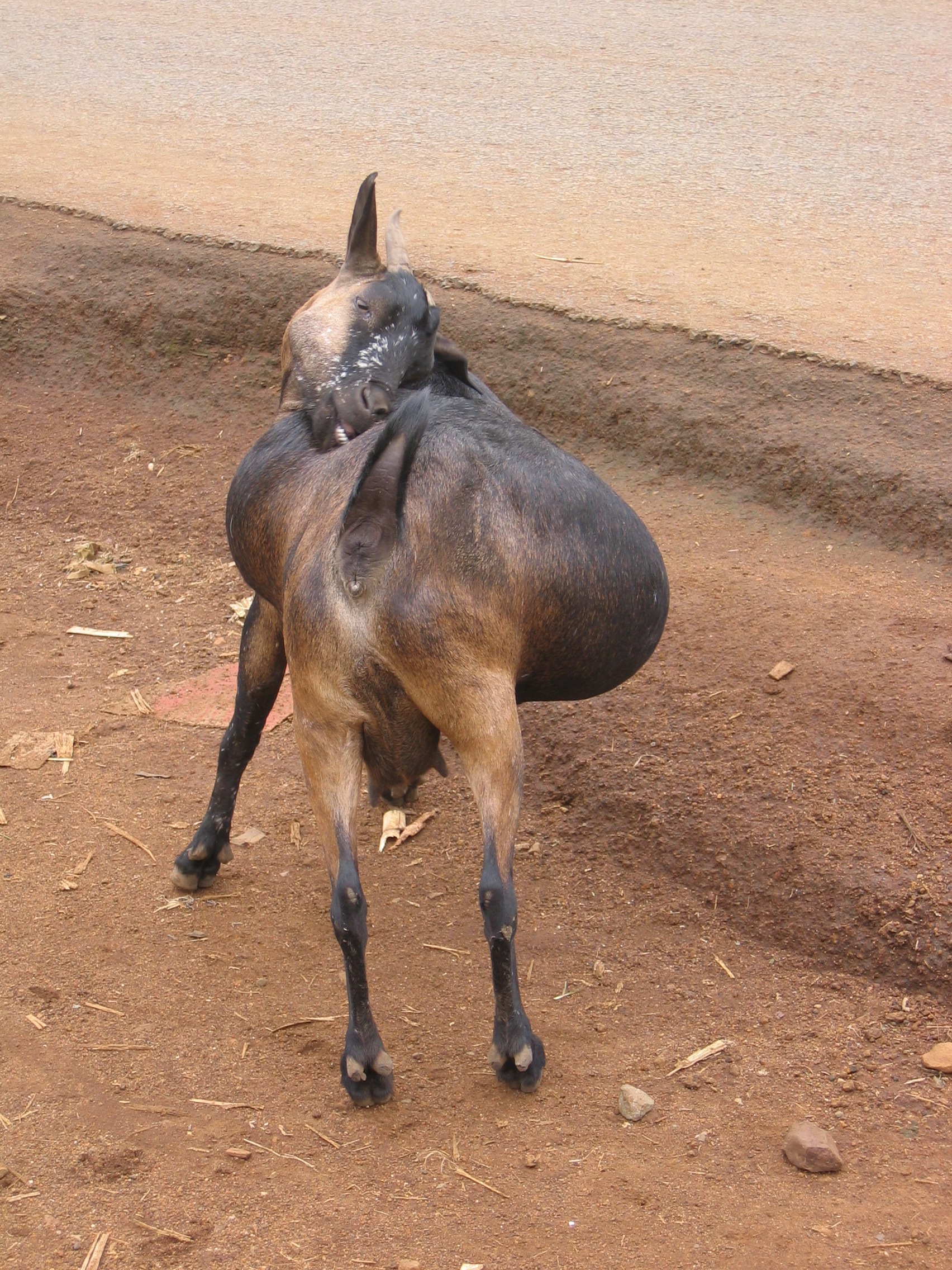 …whe­re­as my ger­man rea­ders will think some­thing like: “oh, look, a sheep goat. Huu…oh, is she pregnant or something?”