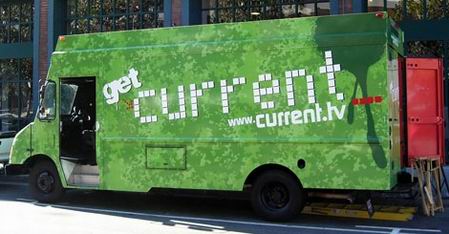 …you are a video. You are a video titled "The Battle For America". You are the highest rated video on an internet tv station called current.tv. You are a fantastic video created by Alrick A. Brown.

Alas, you also seem to have inspired some uncreative advertising weirdos over at JvM or KT here in Germany to come up with such a stupid campaign that goes by the infamous headline Du bist Deutschland (=you are Germany). And the battle has just begun…

P.P.S.: Current.tv isn’t just about funstuff – it’s about reality. That sort of reality we don’t get to see on tv.