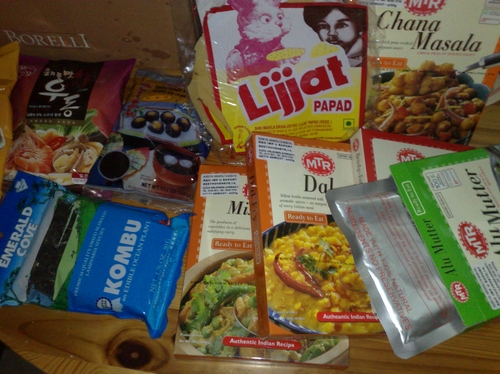 Buy­ing rea­dy-made food is a bit stran­ge to me, espe­cial­ly as it comes packed wit­hin mul­ti­ple lay­ers of paper, plastic and alu­mi­num foil, but.… 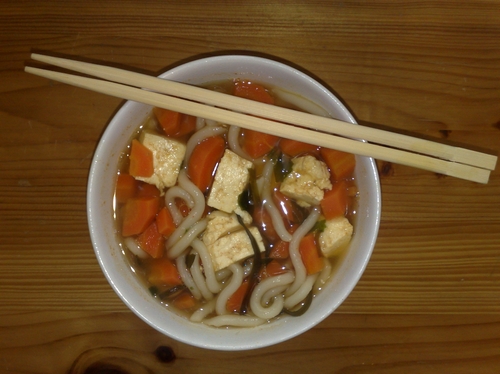 I real­ly dig the­se Indian rea­dy-2-eat food packa­ges. They are nice for tho­se moments when you don’t want to cook for one per­son (+ I can’t cook stuff in small por­ti­ons, so when I pre­pa­re aloo mut­ter or cha­na masa­la it will always last for at least two hungry eaters). One of the­se MTR packa­ge cos­ts EUR 1,80 — which of cour­se is some­whe­re in bet­ween of what you pay for the same dish in India and in an Indian restau­rant abroad.

@Kang-Ping: can you see that bag of red bean pas­te? Sweet & lovely!