Mobile blogging…as in blogging directly from the phone or another portable device other than notebooks. Why would someone want to blog from a phone?

Well, computers in the form of desktop personal computers or laptops are still expensive. Despite of relatively high initital costs, an uncertain power supply and restricted internet access not only in “underdeveloped” countries for conventional computers, interesting stories are often best caught through the use of mobile devices. Another very important reason is that many consumers today are using mobile phones as the mobile phone sector is a fast growing market. We do not necessarily need to have a look at the unstable political situation in a country like Burma/Myanmar to understand the importance of being able to directly post content to the internet through a mobile device – but it serves as a good example to illustrate what should be possible with todays technology.

Obviously, the process of mobile blogging may be split up into a) the creation of content/media and b) uploading everything to a website/database on the internet.

As mentioned in my previous post on this subject, I initially assumed that it would all depend on the right gadget.
An advanced smartphone with a dedicated QWERTY keyboard does of course add comfort to the process of entering longer text, but it isn’t necessary to use one in order to get your stuff online. Hence it comes down to the right software solution on both the phone and online.

Another interesting observation is that manufacturers of mobile phones have in the past often only put an emphasis on giving users the ability to pull content from internet to their phone. Apple’s iPhone is a very good example for this as it comes with a media player which plays YouTube videos and a flexible browser which even display the URL. But also other phone manufacturers like the big players Nokia and SonyEricsson implemented RSS-capable browsers into their phones that automatically pull the required content from the internet without any computer in between. Now compare that with other mobile multimedia devices such as an iPod or a Creative mp3 player, which in the past always required a computer in between to synchronize content. With todays mobile phones, you can directly pull content from the net via GPRS, EDGE, UMTS or WiFi. Sexy.

The internet, though, and especially the Web 2.0 approach online lives from user generated content. I think that the use of the internet through a mobile platform will become more and more important in future, especially since mobile phones have become the leading platform for IT in developing countries.

And this upcoming development where we’ll see global players like Google distributing a sound software solution which combines and contains all these different services (telephony, messaging, streaming of multimedia content and uploading it to a site online) is reason enough to believe that we’re just at the very beginning of mobile services. Especially those that are I) easy to use (~usability) and II) don’t cost anything extra to the user – because he’s the one who creates content. Mobile phone operators seem to have understood that so far, which is why everyone wants to jump on the train of providing the right platform for content generation.

Anyways, I promised to deliver a small – not complete – overview of decent phones that already add some comfort for compiling mobile blog post. If you think there’s any phone that should be part of this list, pls feel free to drop a comment below. Thank You! 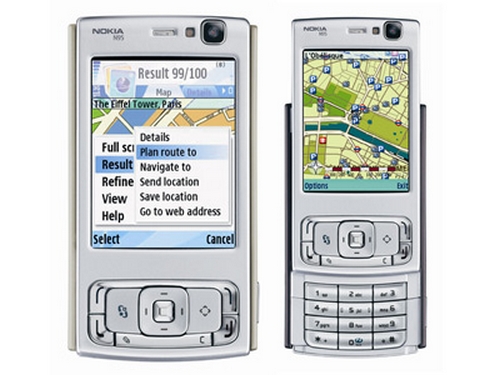 Since I am using this phone, I can acknowledge that it’s a great phone with a good camera but lousy built quality (compared to other slider phones), a slow camera (autofocus), weak battery runtime, chronical shortages of RAM which limits true multitasking and a simple T9 keypad – which of course doesn’t offer the same comfort as a QWERTY keyboard. However, since it is one of Nokia’s flagships and just offers a wide range of services at once, I included it here in this list. The N95 also connects to Nokia’s SU-8W bluetooth keyboard:

The downside to this external solution? Relatively small keys, a bluetooth connection that will further drain the battery on your phone and a huge price of at least EUR 100,-. That’s a lot of mbeca just for a keyboard.

The new N95 8GB version (N95-3) as well as the improved version for the US-market (N95-2) come with an improved battery and more RAM and some other minor changes that don’t affect its blogging capabilities. 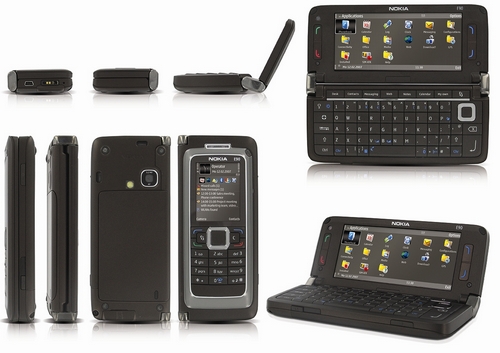 Woooohaaaa! Expensive, bulky and a little bit buggy, which is why Nokia took it from the market for some weeks. Since it’s also based on the Symbian S60 platform (as opposed to the previous “Communicator” models which were based on Symbian S80 platform), it also runs the same programs as other S60 3rd edition phones. Comes with a sweet QWERTY keyboard (as pictured above), 3,2mpix cam (which is ok), two displays (!) and average battery runtime. 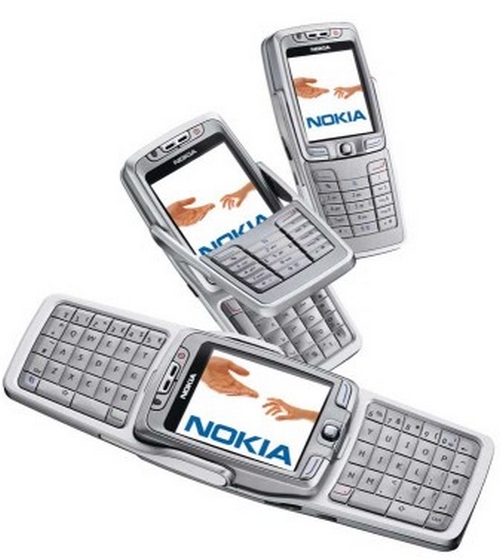 Fellow blogger Kirima is using such a phone for surfing the inet from his rural home. I like this phone, even the previous models that came with a foldable keyboard like this one were nice (although they are known to be having some software issues…). 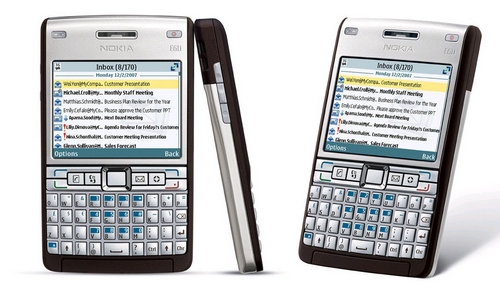 Sigh. The E61 (no camera, joystick instead of joypad) and the E61i/62 are very nice for mobile blogging. Especially the above pictured E61i which comes with an average 2mpix cam and a perfect QWERTY keyboard as well as the whole connection range of GPRS up to WiFi. VoIP included. Sweet! 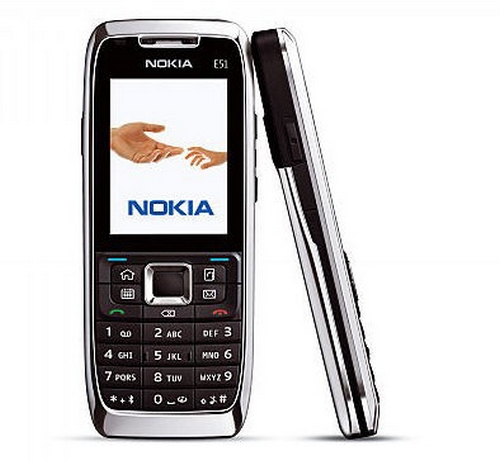 Best Nokia release imho. A small, brick-styled (candy bar) business smartphone with a 2mpix cam, the S60 platform and VoIP capabilities. This phone will sell quite well, I think, despite of its humble appearance. Comes with a T9 keypad. 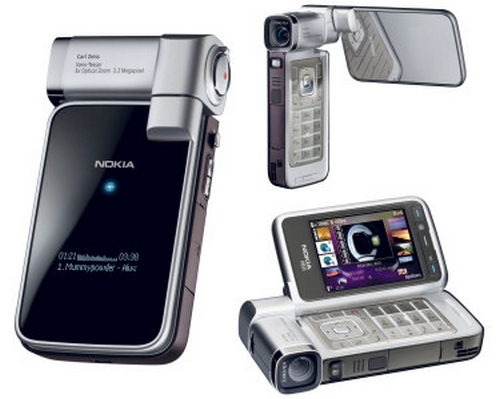 I played with the N93 and the N93i in a shop last weekend, and while N93 is still better than the N93i, both phones are actually only good at recording videos because of their stereo microphones (important fact) and extremely good lenses + optical zoom. No QWERTY keyboard although of course you can also connect the above mentioned bluetooth keyboard. 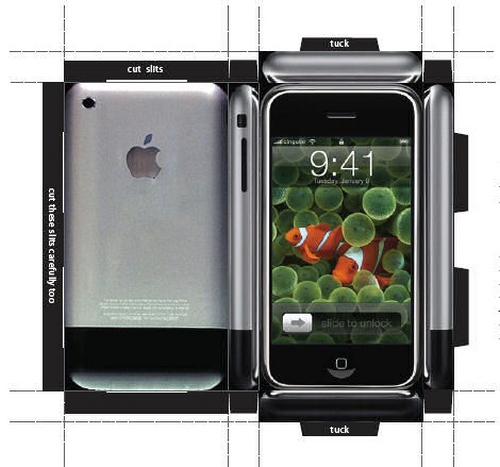 …delivered to you as a printable cut&glue version (pdf), because that’s the best way to handle this design object. :-)

Seriously, the iPhone is a great innovation and comes with a VERY unique user interface. It lacks a few features that other phones have but has its own market and will therefore be just as good as other phones. I like the iPhone although I’ve figured out for me that it does not have what I need in a phone.

No exchangeabooool battery, no keypad or keyboard = no tactil feedback while pressing the virtual keys on the display, no MMS (not really needed if e-mail is used instead), lousy camera. I think the iPhone is good for WiFi environments – so if you’re in the USA and hopping from one Starbucks WiFi hotspot to the next – then this is your phone.

Have to ask fellow bloggers Christian and Erik on their mobile blogging experiences. And what about the iPhone that was on display @ Skunkworks Kenya earlier this week ? 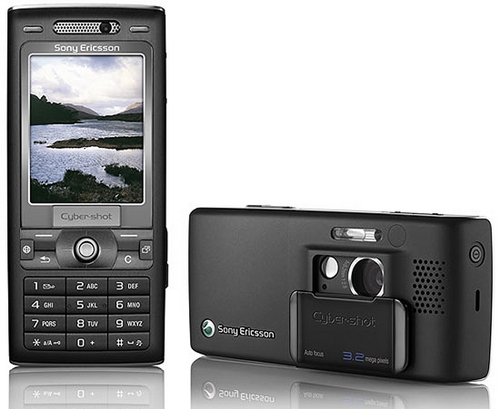 SonyEricsson’s sweetest phone ever (except for the T39m, yes :-)!
Comes with a nasty little joystick that often tends to retire within the first three months, but satisfies its user with a very decent 3,2 mpix cam and the best T9 keypad from SE ever. Included in this list because I see many ppl using this phone as a camera and music player. Actually had plans of buying this as a substitute to my N95.
The K800i comes, like most other new SE phones, with a little program that enables direct uploads to blogger.com (= Google). More on this later (part 3) as Nokia also supports the “blogging” platforms offered by Yahoo!. 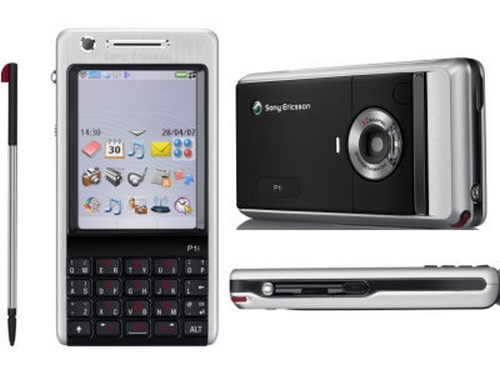 The SE P9i comes with a full QWERTY keyboard, a 3,2 mpix cam, WiFi and a stylus similar to those found on Windows Mobile phones. 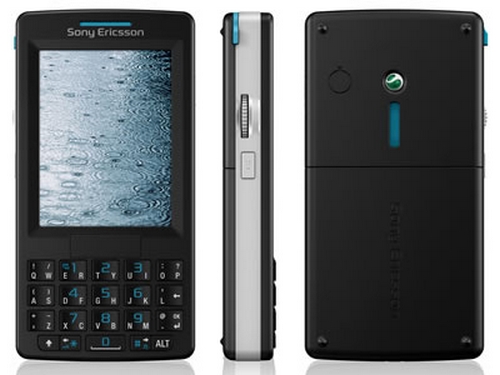 Obviously, the M600i comes without a camera but with a QWERTY keyboard.

This list will never be complete, and while I am just confused about which HTC phone I should add to this list (Aegeus, saidia mimi tafadhali…si i hear u r back online anyways :-), I will update this post during the next few days and even deliver a part 3 which will cover the other side of the game: the software solutions that make mobile blogging possible.