A friend of mine recently travelled for business to Guangzhou in China and was offered the following USB flash sticks at a size of 8GB each. 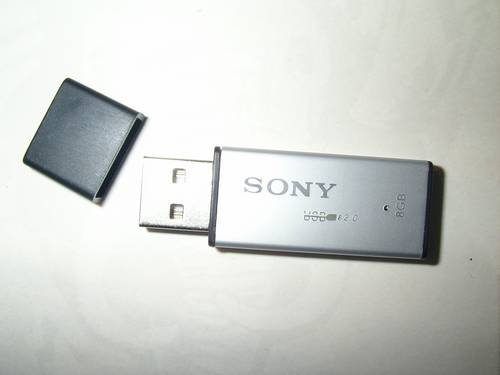 At a price of about EUR 11,- ( ~0,73 EUR/ MB) each, he quickly decided to buy two sticks. Since he was afraid of being lured into bogus deals by conmen (hey, China is evil :-), he asked for some testing – and on the salesman’s computer, these sticks just worked fine. Windows declared their size at 8 GB each.

Upon returning home, he quickly realized that these sticks actually only offer 16 MB each. 16 MB vs. 8000 MB. What a bummer!

Some quick googleing revealed the following information on the Ebay user forum:

They were reprogrammed from much smaller cousins 128MB, 256MB and 512MB capacity drives for quick profit!

Difficult to differentiate visually, as they look like cousin to a real mccoy. Most of them even have brand new packaging, serial numbers like a real mccoy. (source)

And further down it says:

Now what’s that? An iCreate controller chip, isn’t it? Bingo!

And the article also informs us that “you MUST perform data test by writing a BIG (1GB/2GB/4GB/8GB) file to the usb drive, then READ back the same file from the usb drive to another location on your PC to compare. The READ back process is the only proven way to uncover its ‘REAL’ capacity.”

I am mentioning this because I know USB flash sticks have become very popular all over the world, and while I dislike them for security reasons (import of viruses to computers, quick theft of sensitive edata from companies, etc.), I also know that some of these fake sticks have been sold in Kenya as well.

Someone at our office in Embu bought a bunch of Sony “Vaio” (LOL!!) sticks in the past, and those sticks quickly quit working properly. Upon opening, we found them being made in a very cheap way and any bigger memory chip was in fact missing. And those were 1 GB sticks each which were by that time procured for a price of about Ksh. 5.000 – per stick! Argh!! Also, the office is part of the MW&I, so there you go, wondering who would actually want to cheat the GoK, and, indirectly also the rest of Kenyans.

So please, if you feel that your USB stick isn’t working the way it is supposed to be, or if you want to avoid any future problems while buying that neat 1 GB stick in downtown Nairobi, pls use a programme like this one to double check them before purchase. Might help to avoid some frustrations…

More on this here, here and here.