There are lots of useful accessories for mobile phones sold in Kenya these days. It starts with the obligatory zipper bags for 50/=, battery chargers and replacement batteries and might end with mobile phone holders which are still hard to find. I guess one day someone will just start selling them and others will follow.

Among all these small parts that add value to your mobile telephone needs, there are two particular gadgets I really like: 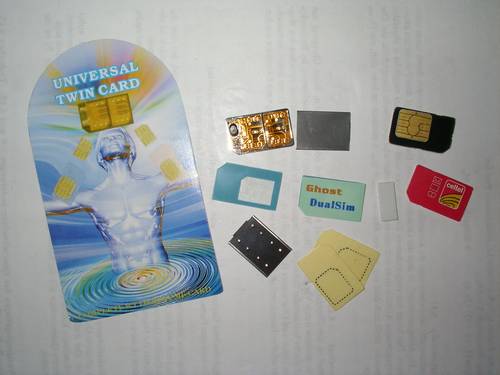 Some time ago, these dual SIM card holders consisted of an adapter that goes into the SIM card bay, and is put between the battery and the backside cover. These adapters proved to be a bit agonizing, but still did their job.

And nowawadays, there’s a more sophisticated solution available: a tiny SIM card adaptor, offering enough space for two SIM cards.
See those yellow stickers on the picture? You just stick them on your Safaricom/Celtel SIM card, cut around the dotted line and place that golden part (the actual SIM) into the adapter. And because cutting those SIM cards often is a bit inaccurate, there are special pliers available with some fundis who just punch it out of its frame.
Placing two SIM cards into this adapter gives you the chance of having two lines in one phone – to activate each line, you just have to switch them on and off and it will select one SIM card / line. It’s a perfect way for those who can’t or won’t decide between the networks.

Also, since SIM card replacement doesn’t cost too much in Kenya (as opposed to e.g. Vodafone Germany, where the replacement of a simple SIM card + activation costs around EUR 17,-), it makes sense to sacrifice those SIMs (in case the fundi doesn’t get it right) and just try it out. 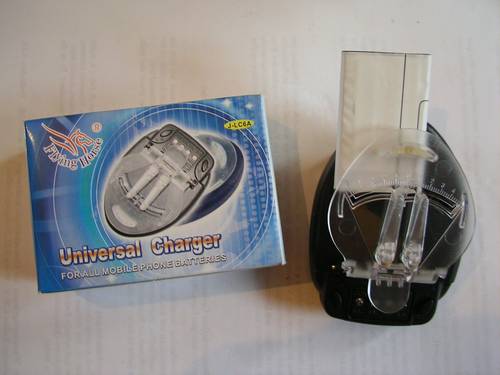 There are phones that have problems loading the battery. Sometimes it’s just the external charger which is faulty and can be replaced, but sometimes the phone just refuses to recharge even new batteries so it’s a problem inside the phone. Since most charging devices are directly soldered onto the phone’s PCB, locating the error might be a problem for the average (unexperienced) fundi.
A perfect work-around for such a nasty problem, where the phone otherwise is fully functional, is such a universal charger that just loads most phone batteries externally. A cheap solution that will surely extended the life of many mobile phones.