What’s a data cable?
A data cable is a special cable that connects your mobile phone/PDA with a computer. Sometimes these are included (e.g. Motorola L6 & L7, Nokia 6233, 6280), but most of the time you’ll have to buy them extra.

Why would I need it?

Are there any alternatives?

Yes. Bluetooth (BT) and InfraRed (IR). BT and IR of course require transceivers on both sides – a BT dongle or an iR diode. Both are often included on notebooks, and stand alone interfaces cost around Ksh. 1600 (BT) to 1800 (IR) downtown..
While IR tends to very slow among other disadvantages (line of sight with computer) and BT only being available with better phones & notebooks, it makes sense to invest some mbeca into a good data cable.

As I mentioned earlier, data cables for recent Nokia phones are relatively hard to come by in Kenya. These cables – copies from China (original ones cost around 5500 Ksh!! @ Nokia Shops) – are available, only: not every mobile phone accessory seller knows about them, and/or could inform you about the proper use of such special cables along with the equivalent software that normally comes with most better phones. It took me some time to ask for a reliable source, and I’ve meanwhile found it with J.J’s GSM Technology / Soft Link Mobiles in Uganda Hse, Kenyatta Ave., 4th Floor. 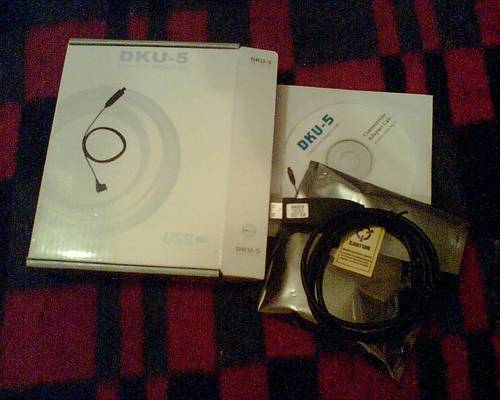 I’ve been flashing phones myself some time ago (updating the internal software on GSM phones, unlocking them, etc. – a bit tricky with Nokia phones due to Nokias strange policies), and repairing a phone mostly requires you to have a patient hand, a TORX 5 / 6 scredriver, some methylated spirit + ear-buds for cleaning (Isopropyl alcohol is even better) and some spare parts which are available with retailers.

The folks @ JJ’s/SoftLink really know their job, and also know to attract customers despite their workshop being on 4th floor. I went there on Sato and inquired about the Nokia data cables required to work with my colleague’s Nokia 6020s. We need such cables to connect their phones with the computers => internet via GPRS.

For the first time in Kenya, I had the feeling that my “interlocutor” (what a word, ama?) knew what I was talking about – you know, shop talk on geekstuff. Great! They of course managed to organize the required amout of cables and we tested them one by one. Now, these cables are cheap copies from China. However, sometimes they work – and the CD that came with them even included lots of interesting software (which you’ll normally find @ Yahoo Groups! or other places on the net). I bought one cable that I’ve taken to Embu for testing and if everything is fine, we’ll buy even more. 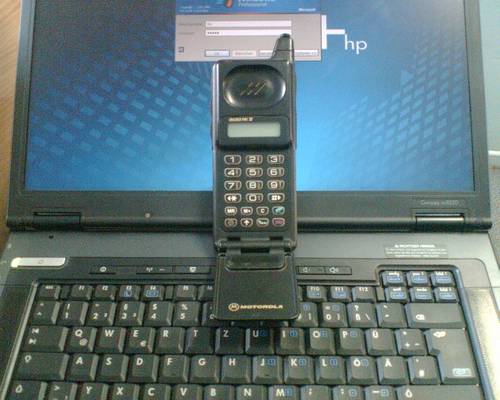 One of the customers had brought this ancient brick along for repair – a Motorola Micro Tac II. Sijui if this ETACS or GSM, but it doesn’t have a slot for SIM cards – the content of the SIM is directly loaded into the phone. I think it’s from 1989 or so, maybe also 1992. Anyways, ooooold stuff. I told him to clean it, give it to a jamaa in the US or UK and have it sold on Ebay.