A very close friend of mine told me that my previous lanyard (which holds my keys and a little LED light) actually looks a bit awful. 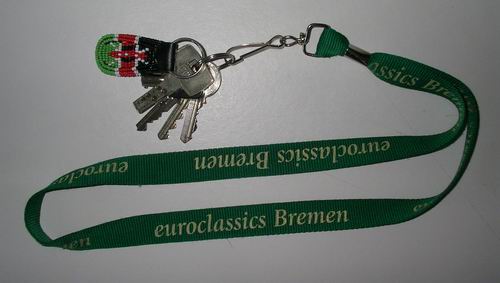 I got this one from a horse trade show about two years ago while working at the fair as a promoter. The green colour isn’t really THAT beautiful + me & horses???
==> Guess this one goes into the Ralph Lauren Polo & upturned collar category. 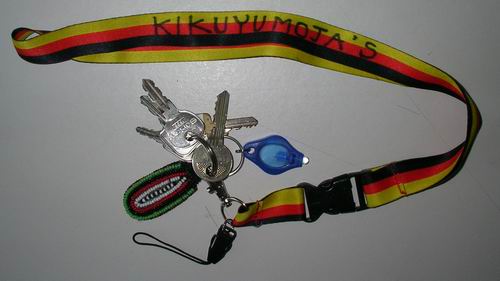 …so the World Cup came up and my friend thought about giving me this special lanyard which was supposed to clearly identify my position on the World Cup (hint, hint – Jamhuri Wear – are you listening? How about lanyards with the Kenyan flag?). 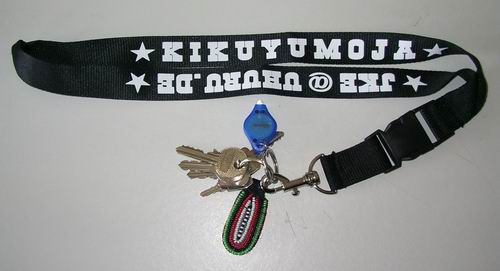 Then, as I was dying to personalize this stupid lanyard bubudiu-stuff, I found a cheap seller on Ebay who prints letters on a lanyard and ordered this one as well as another one which is yet to arrive. Si, I had troubles finding the right words for such a print, but at least I am not running around with someone else’s company logo any more…