Remember A.-M,’s request to renovate her bathroom? Well, I did it. Eventually….. 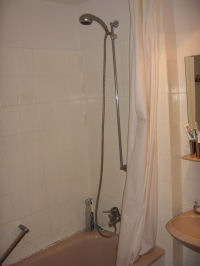 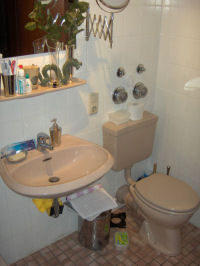 Don’t be fooled – those old tiles on the walls were brown (like the floor) before and had been repainted with white colour two years ago and the colour had already come off at some exposed parts. 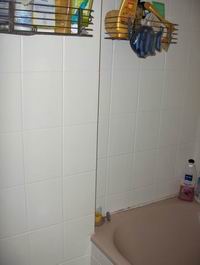 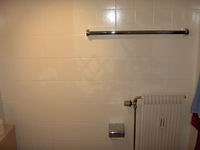 …after some hours of playing with the chisel: 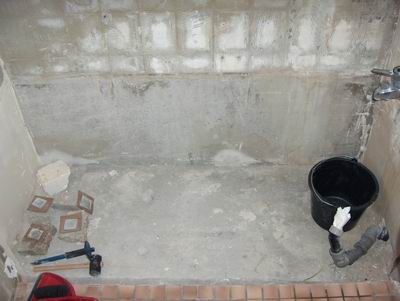 At this point, I had to check out the new basin: 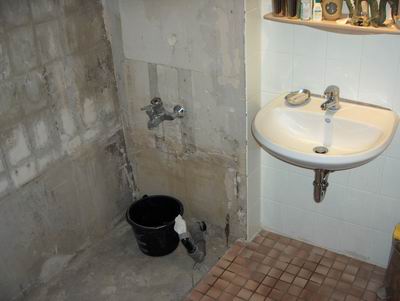 SOME of the debris: 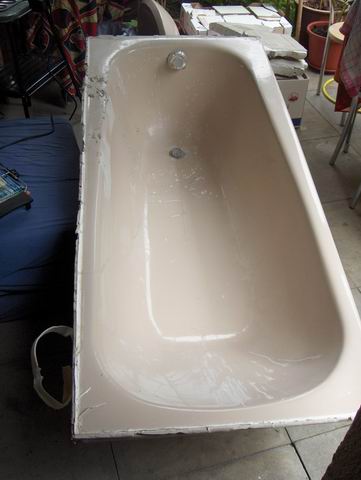 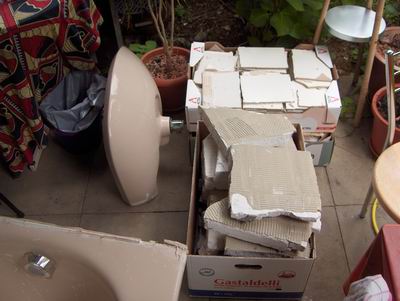 Ok, everything was out now. No shower & toilet for three (!) weeks. Can you imagine?

The old pipes behind the tap within the wall seemed to have a leakage, as the wall surrounding it was already wet: 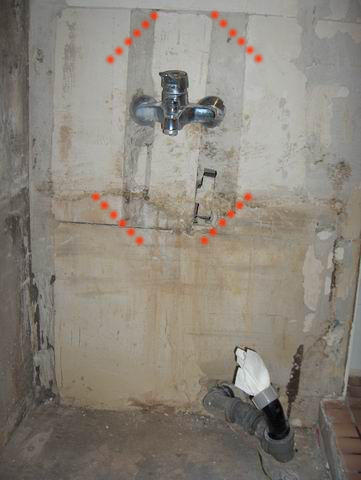 Unfortunately, I don’t have another pic of this, but it turned out that we sort of called some friendly fundi who was supposed to have a closer look at it. In consequence of that, I had to make a bigger hole (just as big as the area marked with those red dots).
The fundi didn’t do anything and just said “huuu….(argh…work …so much work….where’s my donut?)…aaahhh….I guess it’s okay like this.”
Yeah, great. A huge hole in the wall, everything soaked with water and a woman here that pushes me to get her bathroom back into function. What to do?
I then organized some new pipes and fixed it myself. You know, since the wall was open anyways, I wanted this thing to be perfect. Additionaly, I also painted the walls with some strange blue rubber colour in order to seal the whole bath tube area and make it somehow water proof (this alone as well as filling that huge hole up again took like 3-4 days alone….argh…) 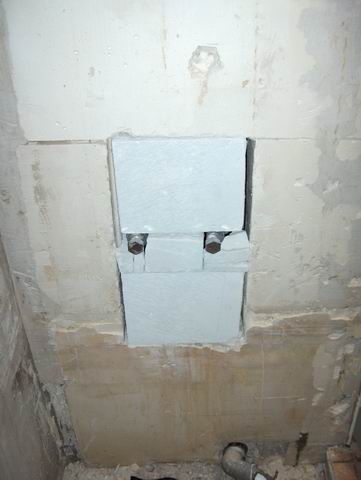 Bwana Kikuyumoja @ work (after I filled up that hole…): 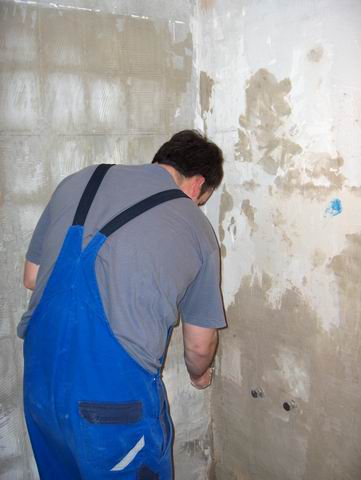 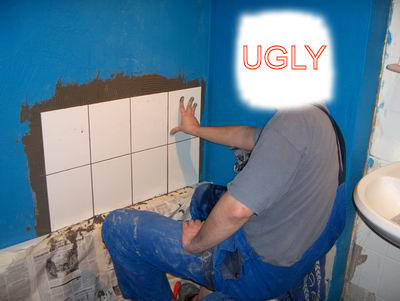 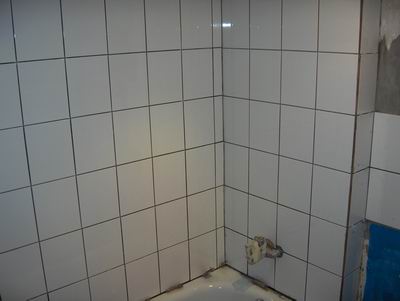 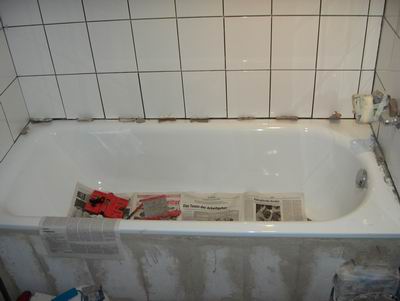 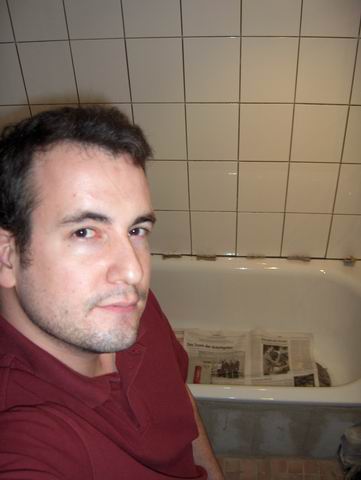 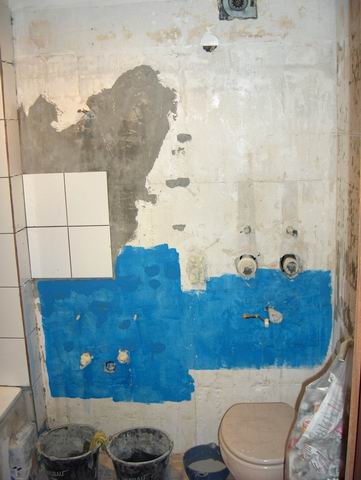 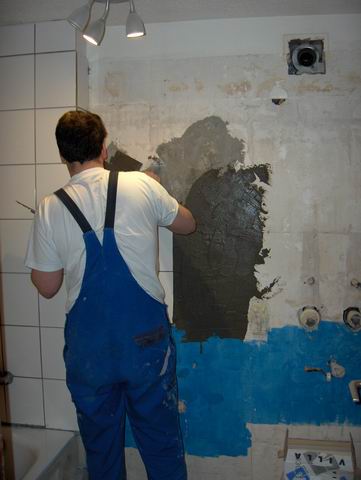 The old toilet seat was removed within 5 minutes… 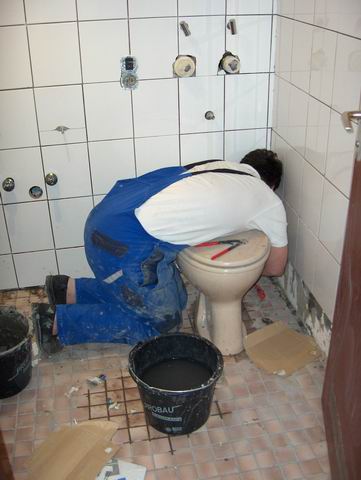 …fixing the new one took like 3 hours coz those 10″ drain pipes just wouldn’t want to stick into that old wall….argh…..eventually though, it all worked out: 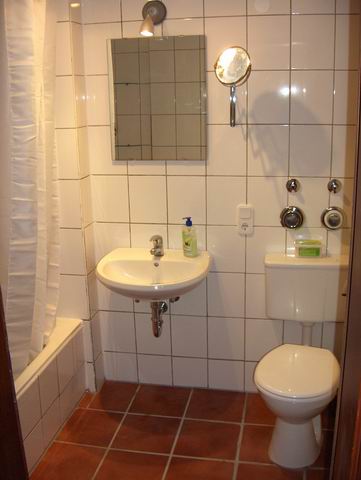 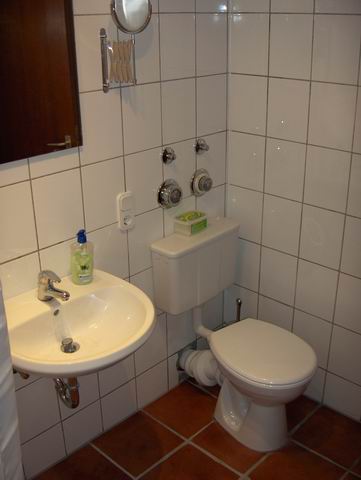 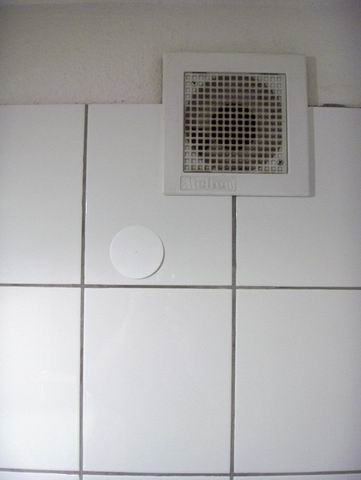 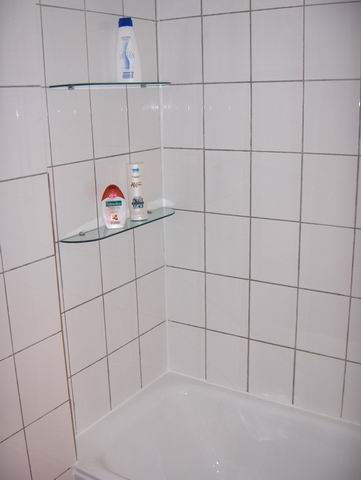 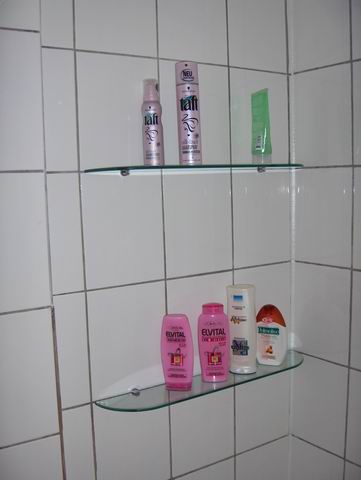 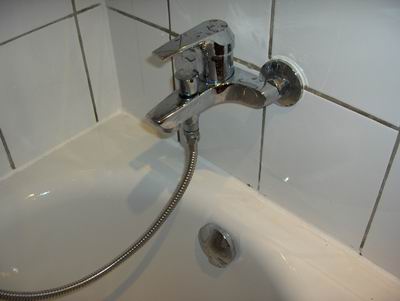 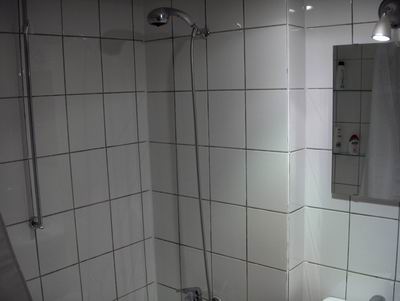 We used some left over stocks of older tiles that had already been used on the rest of the flat for the bathroom floor: 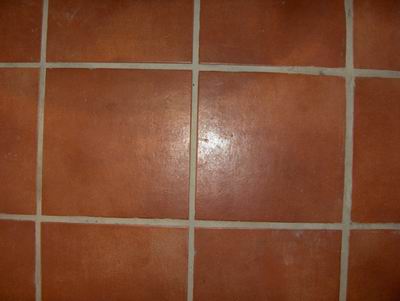 Sawasawa, sidniyo? Tomorrow I’ll take the train back to Bremen and finish some renovating job my mum requested me to do the other day….(and NO, I will NOT become a pro tiler one day ;-)

It’s just a stupid bathroom after all, but A.-M. is really happy about it and her smile is worth it! Thx, dada A.-M., for believing in my skills :-))

3 thoughts on “the bathroom story part 2”