The GI, whose job is to promote German as a foreign language and the German Culture abroad (in Kenya @ Maendeleo (ya Wanawake) House, next to the French Cultural Centre), put a small list of useful words from the soccer world in this small 22-paged booklet with translations between German, English, French, Spanish and Portuguese.

And they also included this hilarious visual dictionary (in German only) to succesfully distinguish the referee from the linesman as well as identifying who’s who on the field. 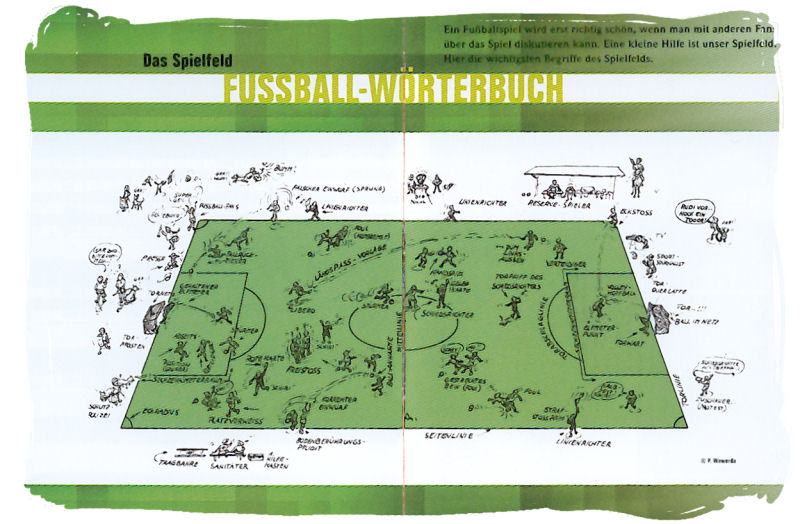 Mimi, me I am not the football fan, however, I am very curious to see how Germany will play its role as host to the World Cup and what kind of performance it will deliver hospitality-wise…