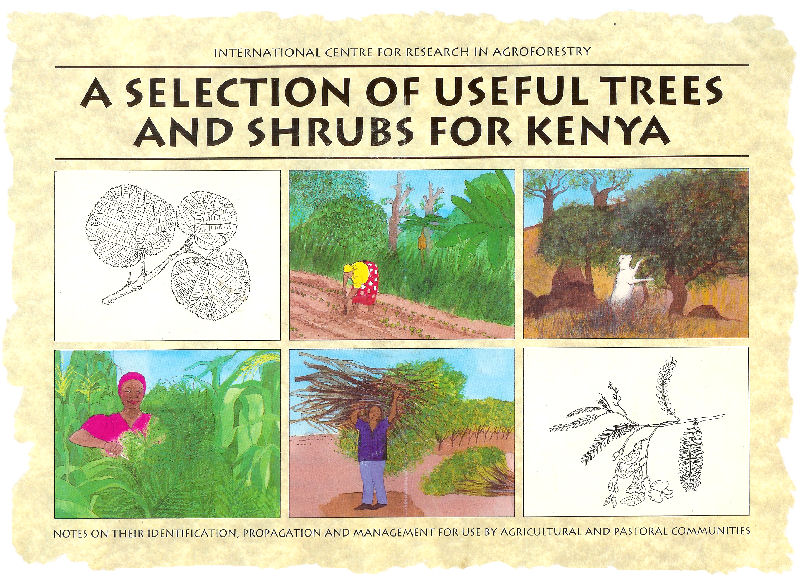 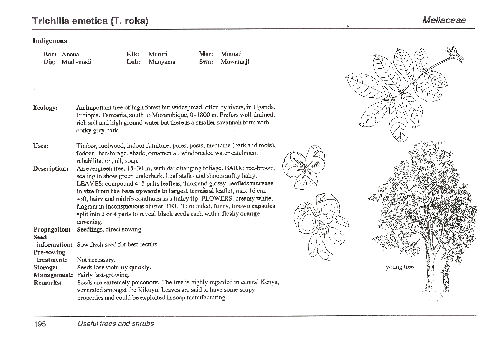 “A selection of useful trees and shrubs for Kenya / Notes on their identification, propagation and managament for use by agricultural and pastoral communities”, International Centre for Research in Agroforestry (ICRAF), Nairobi, 1992;
ISBN 92 9059 096 3

The sun eventually decided to start (the) spring season (in May!) and blessed us with this kind of weather today: 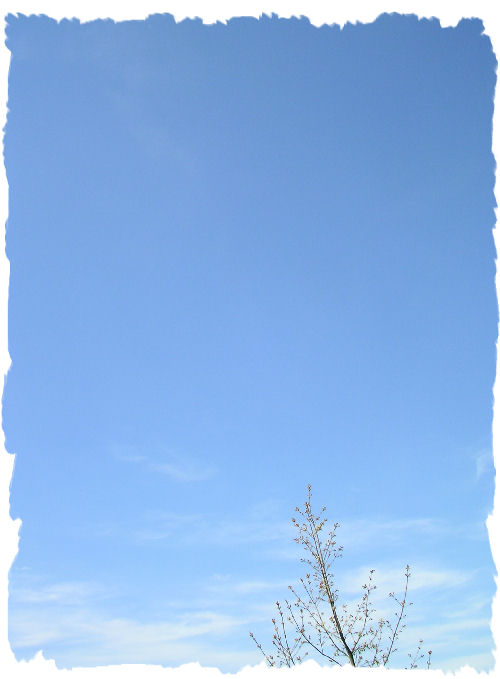 Which reminded me of a solar panel my mzee bought for me way back in 1989. Back in those days, there was a shop on solar and other alternative energies next to his place of work – so whenever I visited him @work, I spent hours in this shop admiring all these “new” technologies.
My father, knowing that I would one day end up doing something fundi-styled, put his hands deep into his pocket and coughed up this really high-tech (=> 1989!) monocrystaline solar panel for me which delivers 8V and a current of 165mA. 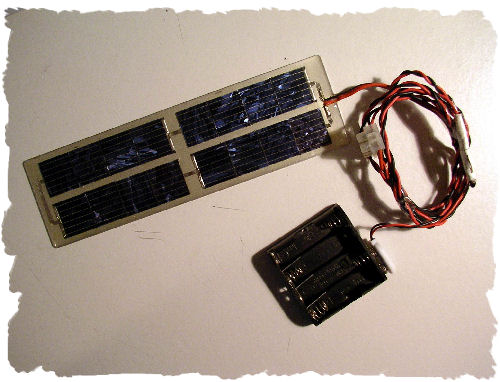 Earlier in Januar 2006, the ecoblog Treehugger covered an interesting story on Arvind Gupta who is well known for developing toys out of trash / waste material and publishing books on various subjects. The “tinkerer and toy-maker”, as he is quoted in this article by India Together, “has dedicated his life to demystifying the abstruse world of science for the comprehension of children”.
Looking at his toys, one understands his interesting approach on combining toys & with science and it also reminds me of this little scientific book I had as a child that featured similar ideas. No wonder I’ve become a geek :-)

“The best thing a child can do with a toy is break it !”
(quote on Arvind Gupta‘s website)

This morning I received a challenging short message by my dear friend Mbuzimoja, who asked me about creative toys that could be built with 4 to 9 years old children in an orphanage. Since I’d forwarded the above mentioned article to her earlier in January, she told me to have a closer look at do-able ideas – toys that could be produced in Kenya. Oh yeah – I DO like this idea!
Here’s what I had in mind (all links open in a new window):

Or for the older kids a simple generator (motor) that powers an LED (these parts are available on 2nd hand electronic markets or even from other old electronical gadgets).

…the list goes on and on and it becomes obvious that creativity knows no boundaries while at the same time the children learn something about building their own toys (like those wire cars we already know) and getting an understanding for technology. In case this triggered your interest, make sure to check out Arvind Guptas publications as well. A man who clearly enjoys the joy of sharing. Thank you!

“There is no doubt that the market has spoken in a big way.
This leaves no doubt in the capacity of our economy to finance well-structured viable ventures”

… Esther Koimett, Investment Secretary, as quoted in today’s DN on KenGen’s IPO.
I am not such an expert on private investment like Bankelele and his commentators, who are btw doing a great job in reporting stories from the monetary world in Kenya. What triggered my attention on the KenGen IPO, though, was that Kenyans apparently come out in great masses when it comes to investing money in (hopefully) profitable markets.

I was also going through an interesting advertisment (published in April 11th edition of the DN) on the launch of the Kisumu Water and Sanitation Project which is partly funded by the French Government through AFD – an investment to the tune of 20 million Euro.
Now, bearing in mind that people are willing to spend their savings on shares – an investment that promises a healthy divident in future, what if we take this kind of investment spirit onto different levels? So far, it seems, ppl are willing to invest their money into anything profitable – so why does the Governemnt have to look for funding if Kenyans actually do have the money needed to …repair Kisumu’s water supply and sanitation services?
All four speeches on the launch of the above mentioned project agreement held by the Minister of Water and Irrigation, his P.S., the chairman of Kisumu Water and Sewerage Company Ltd. and the Mayor of Kisumu contained a phrase in which they encouraged all involved parties to “embrace good corporate governance” or even a straight-forward challenge to the Water Services Board & – Provider “to live up to the expectations”. And, according to the P.S., “the support has attracted the Global Partnership on Output Based Aid (GPOBA) funding which if used properly should solve the problem of water and sanitation in low income areas”.
It is great to see this kind of progress since the implementation of the Water Act 2000, and a Ministry that is actively encouraging the people to greater achievements.

And as much as these new funding approaches (like GPOBA, Infraco or Guarantco) are interesting, what I would like to ask instead is: Are ppl ready to accept a completely different approach on the way we see water and sanitary needs under a financial context? What (for instance) if we can find ways to succesfully implement even more EcoSan projects in Kenya where human excreta and waste water become nutrients that could then be sold for agricultural use (~fertilizers)?

Or in other words: our waste => money.

The technology is already available, the understading for closing environmental loops is currently being thaught to future generations and the monetary incentive is given. So, what do you think? Would it be possible to attract ppl in investing their money into such unorthodox businesses that do not only fill the pocket but also help closing some much needed environmental loops?

Having blogged about Google Earth before here, here, here and here, there’s something new to add, something we’ve all been waiting for: new maps!
I don’t know if all these maps are THAT new – but they are more detailed at least.
I read a story on a german IT website about GoogleEarth doing this for Germany, and so I thought I better check Kenya as well. Et voilà, our new Nairobi map: 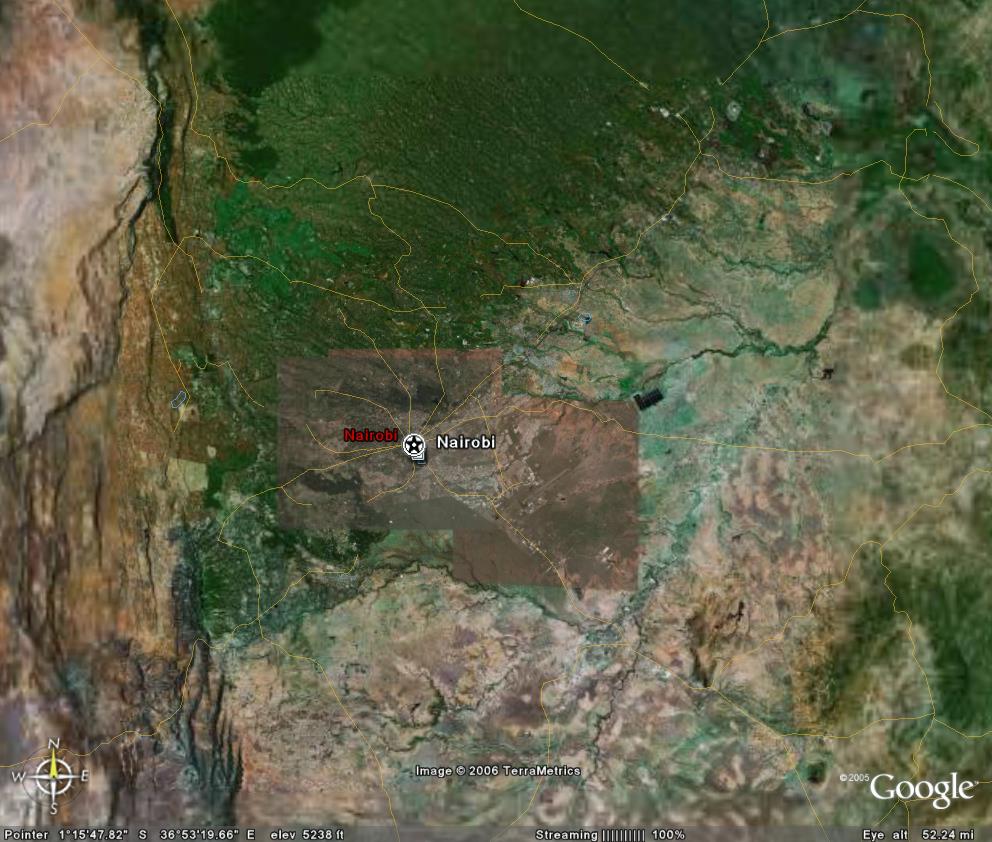 As for Germany, some maps improved, some were edited or even worsened while others are just horribly detailed. 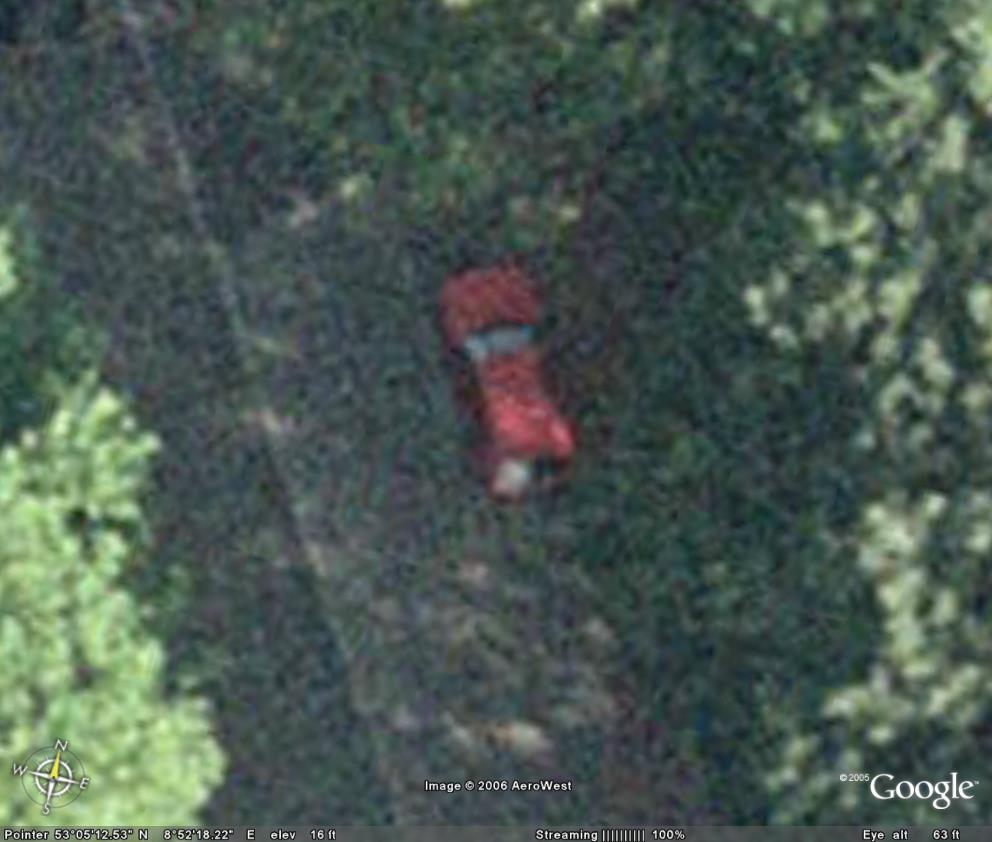 That red object is my ‘89 VW Golf II in front of the house….go figure…